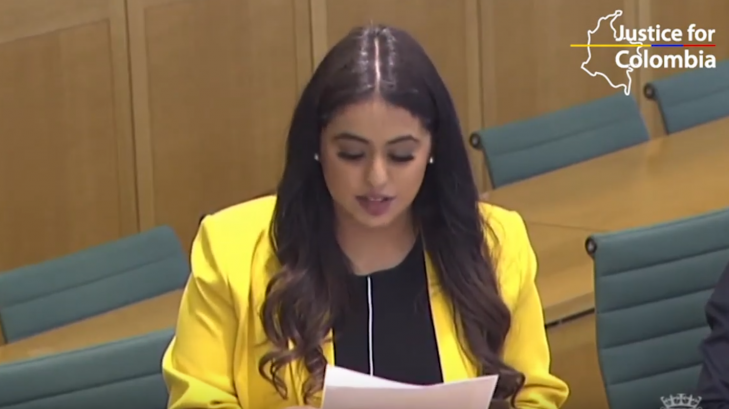 On Thursday 15 July 2021, British and Northern Irish politicians held a debate on human rights in Colombia, where security forces have committed widespread abuses against peaceful protests since the latest round of National Strike mobilisations was launched in late April.

Major repression of mobilisations in support of economic justice, human rights and peace has seen security forces kill at least 44 people, leave more than 80 with permanent eye injuries, sexually assault at least 28 and carry out arbitrary arrests of more than 2,000. Despite worldwide condemnation, the high levels of state violence have continued until now.

The debate was held in the Westminster Houses of Parliament and included contributions from members of the Labour Party, Scottish National Party, Democratic Unionist Party and the Conservatives.

This is an edited nine-minute video of the 85-minute debate. Watch the full debate here. And watch this nine-minute version subtitled in Spanish here.