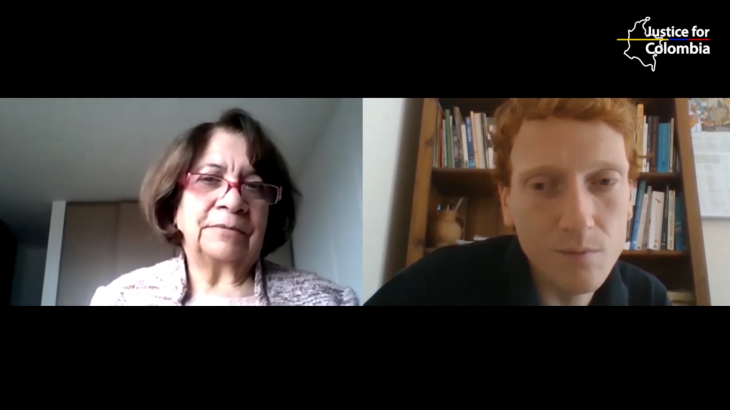 In our new series of video interviews, we speak to people involved in areas of peace, human rights and trade unionism in Colombia.

Watch part one of the series, an interview with Hector Vaca of the USO oil workers union, here.

JFC spoke to Colombian senator Aida Avella about the current situation around the military and human rights in Colombia.

Aida Avella is president of the Patriotic Union (UP) party. Security forces and paramilitaries murdered around 5,000 UP members and supporters in the 1980s and 1990s.

After surviving an assassination attempt in 1996, Aida was forced into exile and only returned to Colombia in 2013.