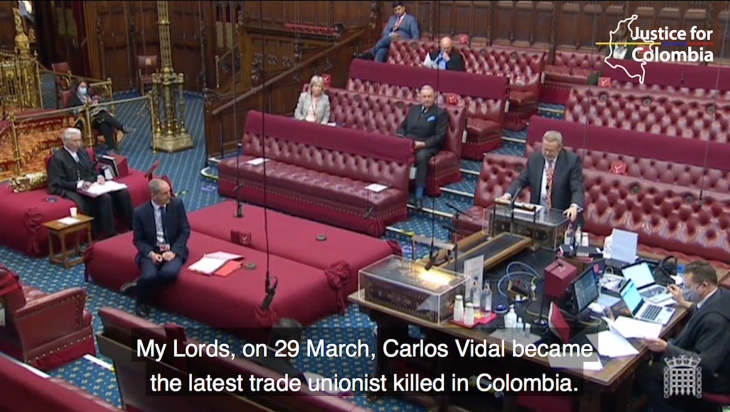 Fresh concerns have been raised in the British parliament over human rights and the peace process in Colombia.

On 20 April, Labour’s Ian Byrne MP asked the Sub-Secretary of State for Europe and the Americas, Wendy Morton MP, to respond to reports of the deaths of at least 13 people during police repression of protests, while also raising the permanent eye injuries suffered by two young Colombians, Yuri Camargo and Miguel Ángel Linares in 2019. Ian Byrne visited Colombia with JFC in 2019.

The following day, Lord Collins raised the issue of ongoing anti-trade union violence in Colombia, citing the murder on 29 March of Carlos Vidal, a leader in the sugar industry union SINTRACOS, in Valle del Cauca, as well as the murders of at least 18 trade unionists in 2020.

Watch an edited video of the two interventions above.