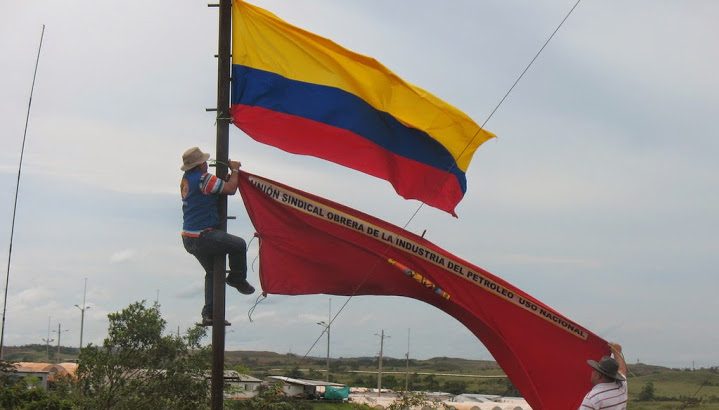 The USO oil workers union has criticised Colombian authorities for failing to implement core terms of the 2016 peace agreement and a lack of response to the union’s urgent communications.

In a statement, USO said that, under the terms of the peace process, the state had committed to safeguarding the lives of opposition activists and social leaders, to desmantling paramilitarism and to recognising the legitimacy of public organisation and protest. None of this has occurred, it said.

USO also criticised the attorney general for a lack of response to around 30 communications sent by the union reporting threats, attacks and other forms of harassment against trade unionists and communities. This demonstrates the Colombian state as ‘a regime of unprotection and impunity’, said the statement.

One of the incidents concerned USO member Alexis Soto, a subofficial from Tibú, who on 9 February received threatening text messages towards his family.

Tibú is situated in the Catatumbo region, which continues to experience high levels of paramilitarism enabled by security forces’ inability or unwillingness to intervene. According to USO, paramilitaries operate freely in the region, threatening and intimidating residents, while soldiers are quick to repress social organisation.

The statement called on Colombian authorities to investigate the situation in the region, to hold guilty parties to account and to provide security for the family of Alexis Soto.