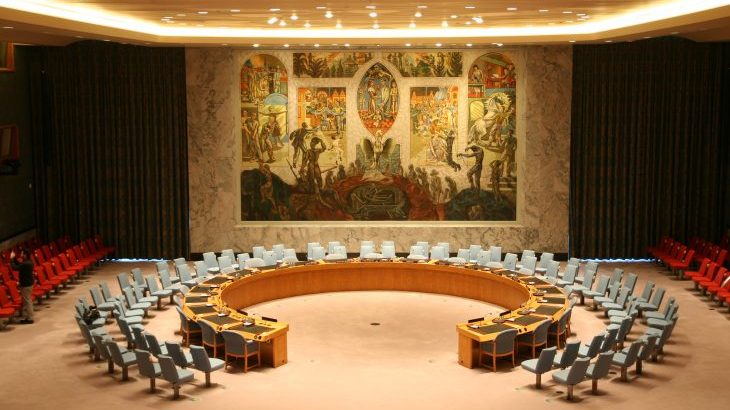 On 15 October, the United Nations Security Council made a new statement on the Colombian peace process. Read the full statement below.

The members of the Security Council reiterated their full and unanimous support for the peace process in Colombia.  They welcomed both parties’ continued affirmation of their commitment to its success in the face of significant challenges.

The members of the Security Council deplored the 29 August announcement by a group of former FARC-EP [Revolutionary Armed Forces of Colombia-People’s Army] leaders that they would return to armed activity and therefore evade their commitments under the Peace Agreement.  The members of the Security Council welcomed the swift rejection of this action by the Government, the FARC and other political parties and civil society.  They welcomed President [Iván] Duque’s and his Government’s restatement of its commitment to former FARC members’ reintegration, and further welcomed the clear commitment to the peace process demonstrated by the FARC party leadership and the vast majority of former combatants.  They commended the timely actions of the Special Jurisdiction for Peace to expel these former FARC-EP leaders, and reaffirmed their support for the Special Jurisdiction for Peace’s critical role in the peace process.

The members of the Security Council expressed concern about the increase in attacks against political party candidates across the political spectrum ahead of local and departmental elections on 27 October.  They welcomed the signature of the National Pact for Political Culture and Non-Violence during the Electoral Campaign, and similar local and departmental pacts.  They called on all stakeholders to refrain from electoral violence, including threats and intimidation targeting voters and candidates, and urged them to ensure that these milestone elections are peaceful and democratic.

The members of the Security Council reiterated their serious concern over the continued killings of community and social leaders, including women leaders, and of former FARC-EP members.  They called for those responsible for these killings to be brought to justice.  They welcomed the reactivation of the “Intersectoral Commission for the Guarantees of Women Leaders and Human Rights Defenders”, and stressed the importance of swift action to improve security for communities and individuals at risk, in partnership with civil society.  They encouraged the work of the National Commission on Security Guarantees.

The members of the Security Council welcomed several measures including the “Peace with Legality” plan, the development programmes with a territorial focus and others that contribute to implementation of the Peace Agreement.  They stressed the importance of implementing the Agreement as a comprehensive and interlocking set of commitments, and to make full use of the mechanisms established for this purpose.  They welcomed the dialogue between the Government and FARC political party that enabled a smooth transition of the former Territorial Areas for Training and Reintegration after 15 August.  The members of the Security Council urged further acceleration in efforts to secure the full socioeconomic, political and legal re-incorporation of former FARC-EP members, including a focus on the needs of women former combatants and those living outside former Territorial Areas for Training and Reintegration, and efforts on broader rural and political reform as set out in the Agreement.  They underlined the importance of cross-cutting ethnic and gender issues and engaging youth in implementation of the Peace Agreement, including the reintegration process.

The members of the Security Council reaffirmed their commitment to working closely with Colombia to progress in implementation of the Peace Agreement.  They supported strongly the complementary efforts of the United Nations Verification Mission and country team to advance Colombia’s peacebuilding efforts.  They stressed the importance of the international community remaining closely engaged to support and encourage implementation.