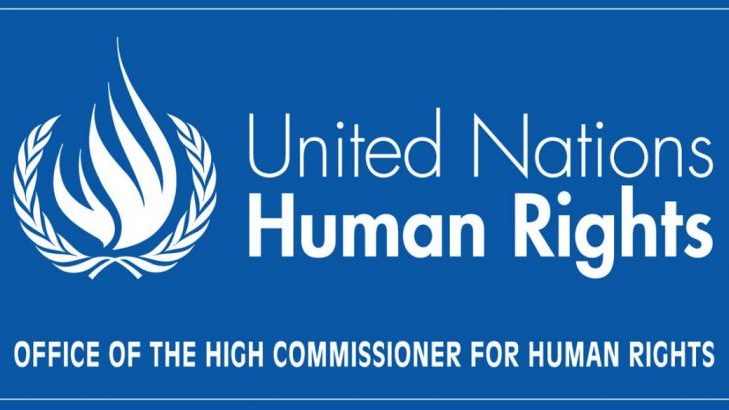 Murders of women human rights defenders increased by almost 50 per cent in Colombia in 2019 while state security forces committed extrajudicial killings, sexual assault, torture and other human rights violations against civilians, including children. Murders also rose to their highest level in five years.

These are just some of the findings in a new report published by the United Nations’ Office of the High Commissioner for Human Rights (OHCHR) which is highly critical of the Colombian state over multiple violations, as well as failures to implement the 2016 peace agreement that have exacerbated chronic insecurity across the country.

Here is a summary of several key issues and conclusions raised in the report.

The OHCHR said that advancing across all areas of the peace process was needed to strengthen human rights amid ‘an endemic level of violence’ reflected in a national homicide rate of 25 per 100,000 people, the highest since 2014. The report highlights ‘insufficient’ efforts to establish a state presence – other than a military one – in rural regions as a key factor in the violence, even though legislation was created in 2019 to address state abandonment.

At least 108 human rights defenders were murdered in 2019, includeing fifteen women and two LGBTI activists. Three-quarters of these murders were committed in rural areas, while 86 per cent were in municipalities with above-average levels of poverty. Virtually all the killings were committed in areas with presence of armed groups and illicit economies, while people defending the rights of ethnic minority groups and communities comprised 65 per cent of victims. Representatives of Community Action Boards (JACs), the principal organisational body in most rural communities, continued to be violently targeted, with at least 30 JAC representatives murdered (compared with 46 in 2018).

The OHCHR is extremely concerned at killings of indigenous people in Cauca, which increased by 52 per cent compared with the previous year. 66 indigenous Nasa were murdered, including thirteen community leaders. Security measures need to be coordinated in dialogue with the communities affected.

The Ministry of Interior’s implementation of mechanisms to ensure the rights and consent of African-Colombian and indigenous people is ‘insufficient’ in various parts of the country.

Despite the establishment of several protective mechanisms for human rights defenders, poor coordination between national and regional state institutions, as well as limited engagement with civil society, impeded their effectiveness. The National Commission on Security Guarantees, created in the peace agreement to tackle paramilitary-successor and other armed groups, met only a handful of times, thereby reducing its capacity to counter the presence of armed groups across many rural regions. There was also an ‘extraordinarily high demand for individual protection measures.’ At least six people were murdered despite receiving protection. The report also criticised ‘temporary, individual and reactive protection measures’, which it said do not address structural factors in violence.

The first chapter in the 2016 peace agreement addresses structural factors around rural poverty, underdevelopment and abandonment that are perceived as core factors in generating conflict. Tackling these conditions is therefore recognised as necessary to establish stable and lasting peace. Under the terms of the agreement, 16 designated zones (known as PDETs), which are among the poorest and most conflict-affected in the country, were prioritised for development and investment. However, the OHCHR observed very few advances and highlighted a lack of coordination with other programmes. The 2020 budget was cut for all institutions involved in the implementation of Comprehensive Rural Reform.

The report also registered attacks and threats made against conflict victims participating in the Special Jurisdiction for Peace (JEP), the transitional justice court created to investigate and sanction serious human rights violations committed during the armed conflict. Those on trial and their legal representatives were also targeted. There is an urgent need to guarantee security for everyone involved in the JEP.

The OHCHR found that individuals involved in legal claims against state officials were harassed and threatened, while information in some cases went missing or was stolen.

There were 113 threats and 360 aggressions against journalists and media workers, including two murders in Arauca, eastern Colombia.

During National Strike protests which began in November, there were 23 cases of police attacking or obstructing journalists.

Impunity remains a major obstacle to justice and perpetuates violence. Authorities struggled to reach many rural communities, where the majority of violations were committed. In addition to the lack of resources, funding and personnel, chronic insecurity meant that investigators could not conduct their work safely. Additionally, prosecutors were overworked and understaffed.

The military was implicated in a number of killings. The OHCHR expressed strong concern over military attempts to conduct investigations into its own misconduct, while the State Prosecutor’s Office referred cases to the military when it should have retained jurisdiction. ‘According to international norms and standards,’ says the report, ‘the military justice system should not investigate, prosecute and sanction those responsible for human rights violations. Such cases should always remain under the ordinary justice system.’ The state also needs to ensure that public officials do not have a history of human rights violations (this apparently refers to the appointment of General Nicasio Martinez, who is implicated in multiple extrajudicial executions during the 2000s, to head of the armed forces).

The report also said that the military was increasingly deployed in instances of law enforcement and insecurity, even though ‘[m]ilitary training, equipment and the nature of military duties are inappropriate in such circumstances.’ In several areas, the homicide rate rose following an increased military presence. State procedure also allowed for military deployment ‘that did not meet the standards of application of international humanitarian law and led to serious human rights violations,’ including actions in which suspects were killed. Elsewhere, the military was used to quell public protest even when there was no threat of serious injury, such as at the University of Barranquilla, with potentially deadly consequences.

The OHCHR documented fifteen cases of army and police killings, the highest figure since 2016, the year the armed conflict formally ended. Thirteen of the fifteen cases were the product of ‘unnecessary and/or disproportionate use of force.’ In six cases, the suspects could have been arrested rather than killed. Investigations into these cases did not meet international standards. There were also three cases of sexual violence committed by military personnel, as well as multiple instances of illegal detention that on some occasions involved torture and mistreatment.

The report highlighted several cases of army killings. These included: Dimar Torres, the FARC former combatant murdered by soldiers in April; a seventeen-year-old boy killed outside an army base in Santander; two former FARC guerrillas who had not demobilised under the terms of the peace agreement and who were found dead after having been arrested by police; and the bodyguard of a former council member in Norte de Santander who was shot dead despite having identified himself clearly.

Members of criminal groups were witnessed carrying weapons and participating in military operations in Antioquia in April. Some of these operations broke the law. According to the OHCHR report, ‘responsibility for crimes and human rights violations committed by individuals who are not State agents, but act as such during official operations is incumbent upon the State.’ Furthermore, at least 26 members of criminal groups were arrested carrying weapons permits that can only be granted by the military.

Three girls and four boys were killed in military bombing raids in August.

Colombia is one of the three most unequal countries in Latin America. Although Colombia’s GDP increased by 3.3 per cent in 2019, poverty has continued to grow by 1.6 per cent since 2016. There are wide discrepancies between rural and urban populations, with greater efforts required to alleviate the gap. At the current rate, Colombia will not reach established international goals of reducing extreme poverty to three per cent by 2030.

Rural poverty is three times higher than in urban areas, while illiteracy is four times higher and a lack of clean drinking water is sixteen times higher. African-Colombian and indigenous populations are disproportionately impacted by inequality in rural areas. Many rural populations have no access to health centres or, if they do, the facilities are extremely poor.

On average, women earn 19.1 per cent less than men. They also face higher rates of unemployment, with 13.1 per cent of women out of work compared with 8.1 per cent of men.

Several rivers in Colombia are contaminated by mercury, which has impacted on African-Colombian, indigenous and farming communities.

The Hidroituango construction project of a huge dam on the Ricer Cauca in Antioquia has had severe negative consequences on the rights of local fishing communities around work, food, water, living standards and environment. One emergency incident caused the river to dry up, killing a huge number of fish, cutting access to water and destroying crops.

The government has introduced legislation to resume aerial spraying of illegal crop plantations, even though the United Nations has documented that 95 per cent of families enrolled on voluntary crop substitution programmes (another core element of the peace process) have fulfilled their obligations, while only 0.4 per cent have replanted illegal crops such as coca and marijuana. The OHCHR highlights that its Committee on Economic, Social and Cultural Rights has previously expressed concern over ‘negative consequences of anti-narcotics measures such as the effect of aerial fumigation on food security, adverse health impacts and denial of livelihoods.’

Documented cases of sexual and gender-based violence rose to their highest level in ten years, at 52.3 victims per 100,000 people. The average age of victims was twelve, while 85.6 per cent were female. The OHCHR also documented cases of sexual violence involving illegal armed groups and members of the security forces. There was an insufficient response from authorities, exacerbated by a lack of coordination between regional authorities and the State Prosecutor’s Office.

At least 45 LGBTI people were killed in 2019 (the same figure as the previous year) and there were 237 cases of sexual violence. One LGBTI human rights defender was murdered in Norte de Santander after previously receiving threats over her sexual orientation. In two separate incidents, seven people were physical abused and threatened with rape by police officers.

In the context of the ongoing National Strike which began in November, largely peaceful protests over economic inequality, the human rights crisis and failures to implement the peace agreement encountered a ‘disproportionately’ heavy-handed response from security forces. In multiple cases, members of the ESMAD anti-riot police unit failed to comply with international standards of policing, including the arbitrary killing of an eighteen-year-old student (Dilan Cruz) in Bogota. Protesters suffered eye and head injuries due to excessive violence by ESMAD agents. There were also reports of ‘torture of protesters, including forced nudity, death threats with racist undertones and repeated beatings.’ A woman in Bogota received severe head injuries after five police officers attacked her as she filmed protests. The OHCHR also expresses concern over widespread arrests that provides for police discretion when detaining people. At least 1,662 people were detained under this provision.

Recommendations of the OHCHR

The report makes the following recommendations: