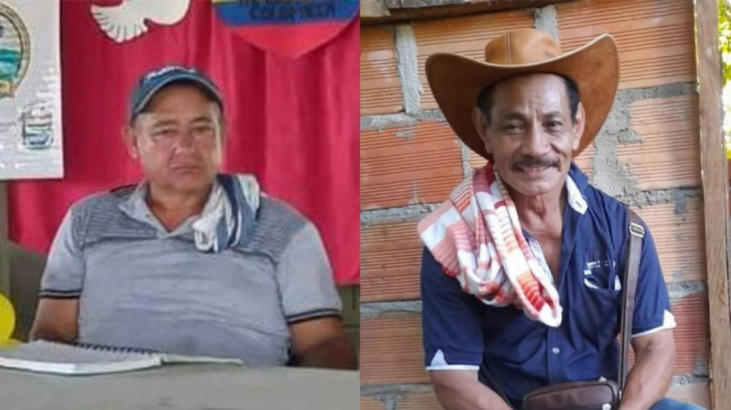 Two trade unionists were murdered in Colombia on Saturday 8 October, taking the number of social activists killed in 2022 to 141. Ferney Morales and Rigo Alape were attacked in Puerto Leguízamo, a municipality in the southern region of Putumayo. Reports said that armed assailants forced them out of a community meeting before killing them.

Ferney and Rigo belonged to the FENSUAGRO agricultural trade union and the regional ASTRACAM peasant farmers’ association. They were also founding members of the Patriotic March political organisation in Putumayo, while Ferney was president of the community council for the district of El Diamante and Rigo a community council member for neighbouring Vereda Esmeralda.

FENSUAGRO has a longstanding partnership with Unite the Union through the international trade union organisation Workers Uniting. It is the most violently targeted trade union in Colombia, with close to 40 members killed since the 2016 peace agreement and more than 700 affiliates killed or disappeared since its foundation in the mid-1970s.

Along with other British and Irish trade unions, Unite has campaigned consistently for improved security measures to ensure the safety of trade unionists in Colombia. The country is the world’s deadliest for organised labour. According to the International Trade Union Confederation, 13 trade unionists were killed between April 2021 and March 2022 and 22 during the preceding twelve months. More than 3,200 were murdered between 1971 and 2018.

Ongoing killings of social activists and trade unionists emphasise the urgent challenge facing Colombia’s new government under President Gustavo Petro. Following four years of neglect for the peace agreement under his predecessor Iván Duque – despite repeated statements from the United Nations that the agreement represents the most effective means of tackling violence – Petro has moved swiftly to advance its implementation. His government is also promoting a policy of Paz Total (Total Peace) which seeks negotiated settlements with the several armed groups active in Colombia and which are believed responsible for many killings.