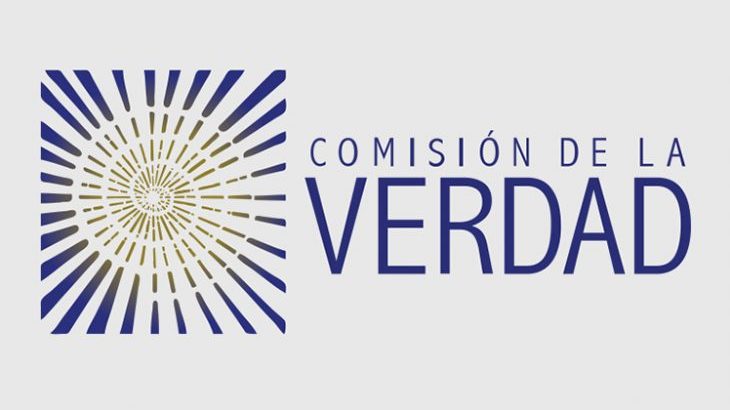 It was a landmark moment for Colombia’s peace process, culminating three years of painstaking research that involved more than 14,000 interviews and thousands of other testimonies to document almost six decades of armed conflict.

On Tuesday 28 June in the Jorge Eliécer Gaitán Theatre in Bogota, the Truth Commission presented its final report, thereby completing one of the fundamental objectives of the 2016 peace agreement’s chapter on transitional justice. Under the commission’s president, Jesuit priest Francisco La Roux, production of the report was overseen by 13 truth commissioners and almost 500 investigators, representing a broad spectrum of Colombian society.

More than 28,000 testimonies formed the basis of investigations and were drawn from, among others, conflict victims, former guerrillas, paramilitaries, members of the security forces, politicians, businesspeople and social activists. Research also covered 1,195 testimonies from social organisations, including trade unions and victims’ groups, and 730 more from other institutions.

The report’s ten chapters address themes such as human rights violations, impact on mental and physical health, the role of armed groups, sexual violence and the forced exile of thousands of people. Advocates of the peace process hope that publication of the report will strengthen processes of peacebuilding and reconciliation.

Another chapter presents the report’s findings and recommendations. It places particular focus on addressing the rights of victims through reparations, development of conflict-affected regions, land access and political reform. It recommends that perpetrators of human rights violations accept responsibility and show contrition. As these areas are addressed in the peace agreement between the Colombian government and the FARC, the Commission recommends full implementation of the agreement, which has stalled during the last four years’ due to government inaction in core areas.

Another point covered by the peace agreement and recommended in the report addresses the dismantling of paramilitary groups, which remain active across several regions of Colombia. It recommends fresh dialogues aimed at reaching a negotiated settlement with Colombia’s last guerrilla movement, the National Liberation Army (ELN), echoing the calls of Colombian opposition parties, social organisations and trade unions which have met government intransigence under President Iván Duque, whose administration has rejected talks with the ELN.

In addition to opening a Museum of Memory to document the armed conflict and whose directorship would be appointed by an independent panel to ensure its autonomy from the government, the report recommends the creation of a Ministry for Peace and Reconciliation, as well as seeking humanitarian agreements in diverse regions which are still seeing high levels of violence. The proposed ministry would foster peace through initiatives such as improving access to education in rural zones and introducing the concept of peace into school curriculums. It would facilitate dialogue and campaigns in conflict-affected communities, in which social organisations, religious institutions and media platforms could all participate.

The report also recommends reopening diplomatic channels with neighbouring Venezuela, as this would allow cooperation in securing borderlands such as Arauca and Catatumbo, which are among the most unstable in Colombia. The Duque government cut relations with Venezuela but it is predicted that the incoming government of Gustavo Petro will reverse this move.

Reform of the security apparatus is another key recommendation. The report proposes the elimination of national military service, transfer of the police from the Ministry of Defence to civilian oversight (a recommendation also made in previous United Nations human rights reports) and introducing enhanced checks on intelligence services, which previously have been used by the military to illegally monitor civil society activists, politicians, journalists and others. It proposes to restrict army engagement with private companies in rural zones and to formally recognise grassroots-led indigenous guards and campesino guards who provide unarmed security in their communities. The promotion of military officials implicated in human rights abuses or corruption should also be subject to greater scrutiny.

The report suggests the development of a political agreement, or a National Political Pact, to reject violence as the means to resolve dispute. This would involve the participation of diverse state, non-state and civil society actors. The legacy of impunity, which has greatly contributed to conflict, would also be addressed through independent and transparent investigations into perpetrators of human rights abuses, as well as others to have benefitted from them.

Another recommendation looks at drastically reforming current policies enacted to combat drugs trafficking. Engaging communities impacted by the militarised approach to drugs, including ethnic minorities and rural populations disproportionately targeted, the Commission proposes a shift away from repressive policies towards new strategies which centralise human rights and rural development. Forced eradication and chemical fumigation should be definitively prohibited. Drug addiction should be treated as an issue of public health rather than criminality. Again, implementation of the peace agreement can advance these principles.

In terms of rural reform, the Commission’s recommendations support land redistribution and formalisation of land claims to strengthen the rights of rural communities, particularly ethnic minorities who face existential risks due to conflict, land appropriation and environmental degradation. Existing land restitution laws should be reviewed to see whether they have met the rights of claimants.

While the Truth Commission does not have the authority to pass its recommendations into law, the release of its report can serve as a foundational document for implementing transformative policies to address conflict and inequality in Colombia. The involvement of president-elect Gustavo Petro in the report’s launch suggests his government, which enters office on 7 August, will respond constructively to its proposals.