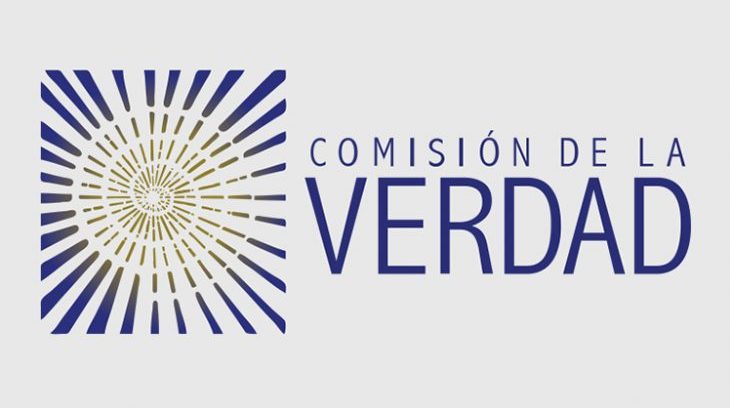 In June, Colombia’s Truth Commission published a multi-volume report of findings reached during over three years of investigation into the armed conflict. The report included an annexe which examined the case of Jesus Santrich and Iván Márquez, two members of the FARC peace negotiating team who were due to occupy seats in the national congress under the 2016 peace agreement’s terms on political participation.

On 9 April 2018, Santrich was arrested after a US court issued a warrant against him on drugs trafficking charges, alleging that he was part of a group intending to smuggle cocaine into the United States. The Commission report documents an operation that appears to have involved the Attorney General’s Office, the US Drug Enforcement Agency and a former army colonel-turned-DEA informant. According to the Commission, it revolved around another man, Marlon Marin, Iván Márquez’s nephew, who sought to embroil either Márquez or Santrich in criminal activity. This would have undermined either man’s participation in the peace process and potentially that of other former FARC combatants by extension.

The charges alleged that in November 2017 Santrich had met with Marlo Marin and two other men over plans to send ten tonnes of cocaine to the US. For the operation, the Attorney General’s Office provided five kilos of cocaine to be given to two supposed Mexican drugs traffickers who were actually undercover DEA agents. Marin later claimed he had been given the drugs by Santrich.

As the US warrant alleged that the offences were committed after the November 2016 signing of the peace agreement, Santrich would be subject to standard justice proceedings, with the agreement’s amnesties only applying to illegal activity prior to then. There followed several months of legal wranglings over whether Santrich should be extradited to the US. The Truth Commission raises question marks over the legal case against Santrich. Sections of the Colombian media and current foreign minister Alvaro Leyva have called it an ‘entrapment.’

Some supporters of Santrich believed that the charges were intended to damage the integrity of the peace process and delegitimise the FARC’s reformation as a political party and its entrance into congress. In 2018-19, Justice for Colombia campaigned to ensure that Santrich received due process and that his legal and human rights were guaranteed. A JFC delegation visited him in Bogota’s La Picota prison in August 2018.

The Truth Commission finds that Santrich’s arrest exacerbated existing concerns among factions of the FARC about the laying down of weapons. It says that Márquez and Santrich believed a gradual process of disarmament should be undertaken over several years, rather than in three relatively quick steps as favoured by the wing of the FARC headed by Rodrigo ‘Timochenko’ Londoño. This widened existing divisions over the direction of the newly founded FARC political party created in the peace agreement. In the end, the laying down of weapons was carried out relatively quickly.

‘The Santrich case also became the symbol of legal insecurity for the FARC because it was a reminder, especially for the Márquez sector, that they were vulnerable and could end up in jail in the United States,’ says the Truth Commission. The sense of legal insecurity was reinforced by the efforts in March 2019 of then-president Iván Duque, whose election campaign openly opposed the peace agreement and the FARC’s participation in congress, to make unilateral changes to the Special Jurisdiction for Peace, the agreement’s transitional justice court which established the legal status of former FARC guerrillas. Duque’s attempted changes were blocked in the congress.

According to the Truth Commission, ‘[a]ll these ingredients came together to form a plan of rearmament among those who distrusted the peace process. And the capture of Santrich was the trigger of this distrust.’ It highlights how other former FARC combatants were participating in the peace process but withdrew as the legal proceedings against Santrich generated concern among former combatants that they could also be targeted by Colombian or US authorities. To them it appeared, as the Truth Commission notes, that although the FARC had reached an agreement with the Colombian state, this did not guarantee that the US would not seek their legal prosecution. Without formal training, qualifications or vocational experience, a lack of options saw some former guerrillas enter the ranks of so-called ‘dissident’ groups.

Following Santrich’s arrest, Márquez abandoned his congressional seat and, shortly afterwards, removed himself from public view. The JEP ordered Santrich’s release in May 2019 after US authorities failed to produce requested evidence over when the alleged crimes took place. Santrich briefly went to the Tierra Grata reincorporation zone in César, northern Colombia, and from there to whereabouts unknown. In August 2019, Santrich and Márquez appeared in a video among a group of armed men wearing military-style attire. Márquez announced they were withdrawing from the peace process and returning to armed struggle. The video received wide media coverage in Colombia and saw both men ejected from the JEP where they had been slated to provide testimony about their roles in the conflict.

With 342 former FARC guerrillas murdered in the six years since the signing of the peace agreement in November 2016, the Truth Commission warns that the spread of ‘dissident’ groups (of which there were 23 in 2022) ‘impacts directly on the security of signatories to the Agreement and, by this measure, represents a continuation of cycles of violence.’ Colombian authorities have released figures showing ‘dissident’ groups to be responsible for a significant proportion of attacks against former guerrillas in the peace process. The Truth Commission attributes Santrich’s arrest as a direct factor in the expansion of ‘dissident’ groups.

On 12 May 2021, the Supreme Court greenlighted the extradition of Santrich. This followed the JEP’s expulsion of Santrich in September 2019 over his rearmament one month earlier, a move which nullified legal protection from extradition. With the US warrant still active, the courts ruled that he could be sent there to stand trial. However, Santrich was killed five days later in an armed raid whose circumstances remain publicly unclear, as does the identity of who was behind the operation.