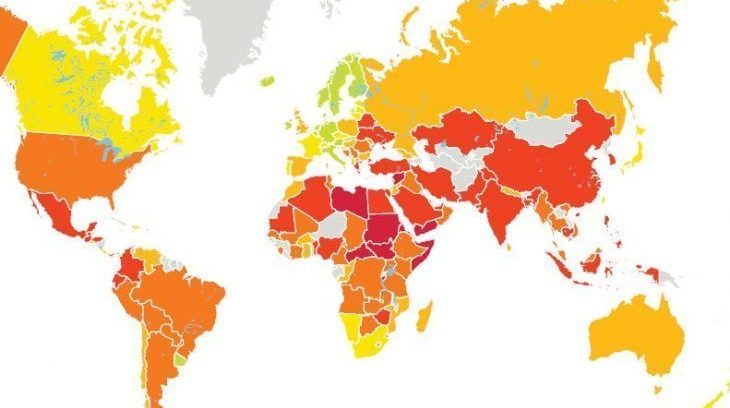 Colombia remains one of the world’s most dangerous countries for trade unionists and among the ten worst for workers in general, according to the 2020 Global Rights Index by the International Trade Union Confederation (ITUC). The annual Index was created seven years ago to document state and company abuses of workers around the world.

According to the ITUC, which represents over 200 million workers and is the world’s largest trade union organisation, at least 14 trade unionists were murdered in Colombia between January 2019 and March 2020. There were also four attempted murders, one forced disappearance and at least 198 threats. The sectors where trade unionists were most targeted were education, transport and mining/energy. Impunity affects the vast majority of cases, said the ITUC, calling Colombia’s justice system ‘dysfunctional and under-resourced.’

The Index highlighted the case of a member of the SINTRAINCABAÑA trade union for sugarcane industry workers, Alexis Vergara, who was killed in Cauca in March 2020. It also referenced Alexis’ work strengthening trade union relations and campaigning in defence of employment rights.

The ITUC also documented the cases of two murdered members of the FENSUAGRO agricultural trade union, which has an official partnership with Unite and other international trade unions through Workers Uniting. Dilio Corpus Guetio and Wilmer Antonio Miranda were killed in separate attacks in Cauca in January 2019. The Index said several other murders of FENSUAGRO members have also been committed. According to the union, more than 30 of its members have been killed since late 2016.

Naming Brazil and Honduras alongside Colombia, the ITUC said ‘[t]he situation in these countries was compounded by the total lack of action by the authorities to investigate and prosecute these crimes, leaving trade unionists and their families without protection or remedies.’ Overall, the Americas saw more trade unionist murders than any other part of the world.