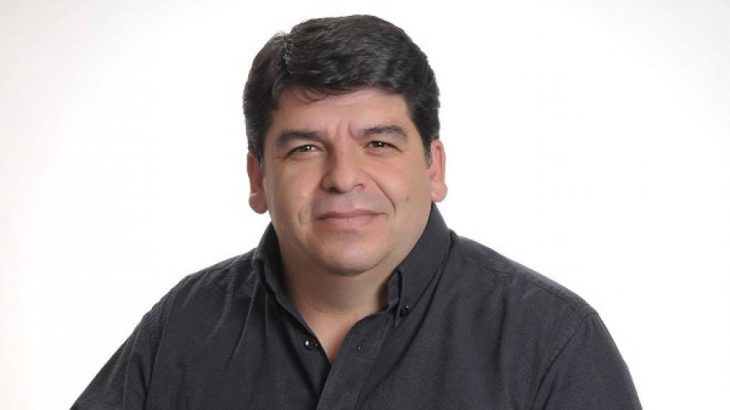 Nelson is the former president and current treasurer and executive committee member of the Colombian Federation of Educators (FECODE), the country’s main education union. He also sits on the National Strike Committee, the main body coordinating the massive mobilisations launched in April that have encountered intense police violence as trade unions and social organisations lead demands for economic justice, human rights and peace.

In June, Nelson announced that he had received several threats, laying responsibility on the government of President Iván Duque should anything untoward happen to him. These threats caused him to leave Colombia on 21 June.

In a statement on 26 July, Nelson said ‘despite my exile, the threats keep coming but I’ve taken the decision and the determination to return to my country. I will return tomorrow afternoon to continue my work on the FECODE executive committee, on the National Strike Committee and in different spaces. I believe the struggle must be led from there.’ He also called on the government to provide security measures.

FECODE has been involved in long-running disputes with the government that have seen regular industrial action, including a 37-day nationwide strike in 2017. Core issues include chronic underinvestment in the public education system, poor conditions and wages for teachers, the murders of social activists and trade unionists and government failures to implement the 2016 peace agreement.

Teachers continue to face high levels of violence and other forms of aggression. Since the start of 2018, at least 30 have been killed, many of whom were FECODE members. High-profile politicians in Duque’s party, the Democratic Centre, have also made baseless slurs against FECODE, accusing the union of seeking to indoctrinate children and of harming them. British and Irish education unions have condemned on several occasions the targeting of Colombian teachers, while last December the global organisation Education International, which represents teacher trade unions in 170 countries, also denounced the violence facing teachers in Colombia.

In 2019, FECODE submitted findings to the peace agreement’s transitional justice court, the Special Jurisdiction for Peace (JEP), that at least 1,000 teachers were murdered in Colombia between 1986 and 2010. Other abuses suffered by teachers included forced displacement, forced disappearance, kidnappings, arbitrary arrests, harassment, torture and illegal raids.

Nelson has spoken at Justice for Colombia events with education unions and met with British and Irish trade unionists on delegations to Colombia.