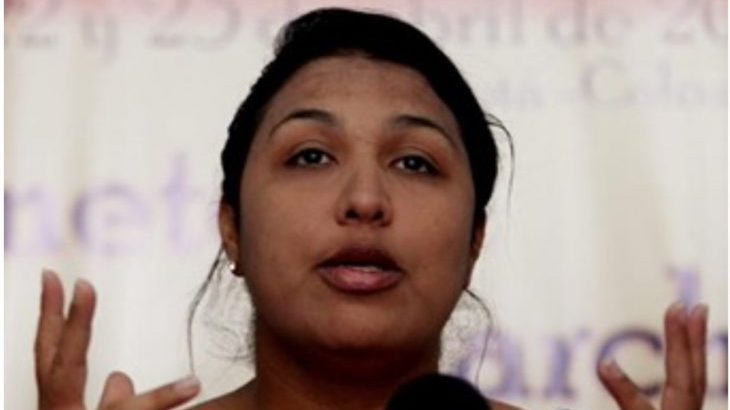 Our new series, ‘Spotlight on Women Activists’, focuses on the important role of Colombian women activists.

As a peasant leader in the Catatumbo Peasant Farmers Association (ASCAMCAT), Olga Quintero is on the front line against the interests of multinationals and paramilitaries. She is also a member of the Patriotic March political organisation. Both ASCAMCAT and the Patriotic March have seen several members murdered and many more threatened or displaced. Like so many Colombian activists, Olga has received multiple threats.

To launch our ‘Spotlight on Women Activists’ series, we spoke to Olga about her role and the situation in Catatumbo, northeast Colombia, where ASCAMCAT is based. You can watch our interview above.