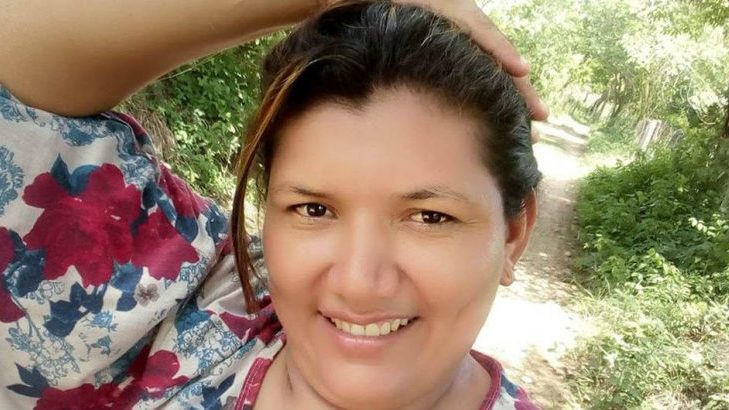 She was shot by two dead by two unidentified attackers riding a motorbike in the town of El Copey, department of César, northern Colombia. A friend who was accompanying her, Wilson Antonio Ortega, was also shot in the attack but survived.

Tatiana was politically active in the Colombia Justa Libres party and had previously worked as a security guard. She had two daughters, aged 19 and nine. They are now orphans following the murder of their father, Tatiana’s husband Alfredo Fontalvo, nine months ago at his workplace, an old people’s home.

‘Posso Espitia was a social leader who was committed to humanitarian aid for vulnerable people and victims of the internal armed conflict that Colombia continues to suffer’, said the National Network of Democracy and Peace

More than 700 social activists and FARC members have been murdered since the peace agreement was signed in November 2016. Recent findings showed the high rate of attacks and threats made against women activists.