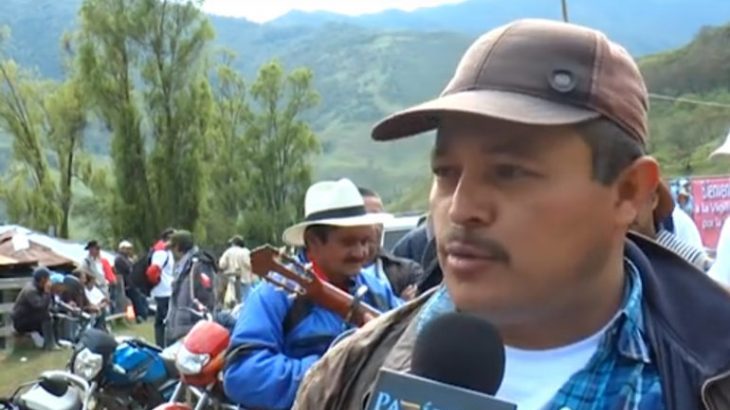 49-year-old Wilson, whose real name was Jorge Enrique Corredor, had subscribed to the peace process and worked actively to facilitate implementation of the 2016 peace agreement. Following the signing of the agreement, he had administered the Marquetalia transition camp where FARC members are based during their retraining and reincorporation.

He was shot several times while visiting Tuluá in the department of Valle del Cauca and died in hospital a short time later. In recent months, he had been developing a sustainable community project in the area between FARC members and local peasant farmers which was supported by the United Nations and local authorities. He is the highest-ranking member of the FARC murdered since the peace agreement was signed.

During the conflict, Wilson headed the FARC’s 21st Front which was based in central Colombia. In early 2017, he led guerrillas under his command to the transitional camp to enter into the peace process.

The murder means that more than 130 FARC members have been killed since the peace deal was signed in November 2016. It took place less than 48 hours after another FARC member, Giovanny Murillas, was murdered in Guaviare.

The FARC congress member Marco Calarcá condemned Wilson’s murder. ‘Wilson was a man dedicated to the revolutionary struggle, subordinated in war, disciplined in peace, with which he was committed and convinced. Today, we are in a campaign to make social leaders visible and to demand that these crimes stop, but the response of the extreme right is the call to hatred and stigmatisation’, he said.

Victoria Sandino, one of five FARC sitting senators in the Colombian congress, criticised the government in a tweet. ‘Until when do we have to go through this? Is this the project of peace and country of the National Government? Did they disarm us to kill us? We demand answers, not innocuous phrases’, she wrote.