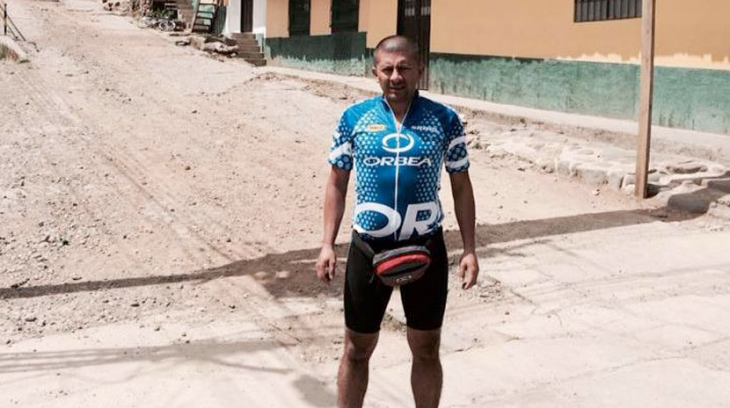 A school principal was abducted as he left the school where he worked in Caloto, department of Cauca, and subsequently murdered on Monday 12 August.

Orlando Gómez was intercepted by two armed men who had been waiting outside the Agro Empresarial Huasanó Institute. His body was found with multiple gunshots wounds a few hours later in nearby Corinto.

Orlando was also principal of the Miguel Zapata Institute in Cauca’s Argelia zone. He lived with his wife and son in Caloto and was a cycling enthusiast. He had worked as a teacher for several years.

In a video statement, the president of the FECODE teachers trade union, Nelson Alarcon, said ‘today, our teachers are being murdered and this government does nothing to protect them. We demand immediate protection for all teachers in the country’.

FECODE is Colombia’s largest trade union and has organised multiple nationwide strikes over chronic underfunding and poor conditions in the public education system, including a 37-day strike in 2017. Despite an agreement to end that strike, teachers have staged further industrial action over what FECODE says are unfulfilled government promises.

In a separate statement, the Regional Indigenous Council of Cauca (CRIC) said ‘[w]e condemn these acts of death and we sympathise with his family and friends. This is an act of absolute barbarism, we denounce before the international community this violation of the right to life in the international framework of human rights, [and] we urge the international high courts to act regarding this very serious situation of violence’. The CRIC also called on the Colombian government, the senate, the United Nations, the Organisation of American States and other international bodies to address Colombia’s human rights crisis.

Teachers were the most targeted workers in the escalation of violence against trade unionists that impacted Colombia last year, when the number of trade union killings more than doubled to 34 from 15 the previous year. At least 13 of the victims were teachers.

Cauca in southwest Colombia has been the country’s most violent region since the peace agreement was signed in November 2016. More social activists and FARC former guerrillas have been killed there than in any other region.