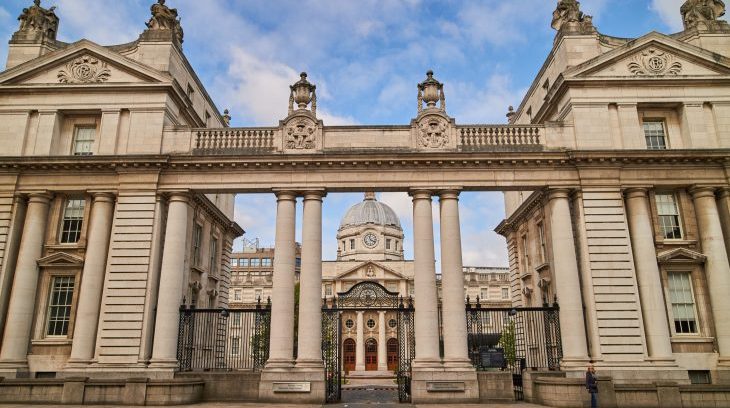 Issues of peace and human rights in Colombia continue to be raised in the Irish parliament. You can review questions and responses below.

To ask the Minister for Foreign Affairs his views on the recent rise in killings of human rights defenders, social leaders and activists in Colombia; and if he will make a statement on the matter.

To ask the Minister for Foreign Affairs if he will make representations to his Colombian counterpart regarding the recent killing of a person [Jayder Quintana].

I am aware of the worrying reported increased levels of insecurity and violence against human rights defenders, social and trade union leaders and activists in Colombia. It is of particular concern that levels of violence against those supporting the implementation of the 2016 Peace Agreement, including through the programme for voluntary crop substitution, appear to have increased since the beginning of the COVID-19 pandemic in Colombia.

I understand that the person, details supplied, who was murdered on 3 October 2020 in Cauca was active in advocating for the right of farmers to have access to supports for voluntary crop substitution programmes.  His death, along with the recent death of a colleague of his, is yet another loss to Colombian civil society which continues to work towards full implementation of the Peace Agreement. Cauca is one of a number of Departments in Colombia where the activity of illegal armed groups has increased during the pandemic, with levels of violence also increasing as the groups battle for territorial control. Ireland supports the condemnations of these attacks and the calls for the perpetrators to be brought swiftly to justice.

Colombia has made great progress in strengthening peace and stability in recent years, following signature of the Peace Agreement, ending over 50 years of armed conflict. It is clear, however, that significant challenges remain in a number of areas, including rural reform, the reintegration of former combatants, human rights and the strengthening of protections for human rights defenders and social leaders.

I firmly believe that an improved human rights situation in the country is linked to the full implementation of the peace accords. Ireland is a longstanding and committed supporter of the peace process in Colombia, having contributed over €16 million in funding since 2007, mainly channeled through the United Nations, and Colombian and international NGOs focusing on human rights, conflict prevention, peace-building and supporting livelihoods for rural populations.

As well as financial support, Ireland has also provided ongoing support in the form of lesson-sharing based on our own experience of peace-building and reconciliation on the island of Ireland. We also participate in the EU’s ongoing campaign to recognise and champion the work of human rights defenders in the country.

I reiterated Ireland’s support for the peace process in recent engagements with the Colombian Government, including a meeting with the then-Minister for Foreign Affairs Carlos Holmes Trujillo during his visit to Dublin last year, and in my contacts with his successor, Minister Claudia Blum, earlier this year.

Our Embassy in Bogotá has been engaging with local civil society and EU and UN partners on the human rights situation in the country since it opened last year and advocates for ongoing and increased protection of human rights leaders. The Embassy regularly raises these issues and the status of the peace process in exchanges with the Colombian administration and government.

The Colombian Government continues to affirm its commitment to the full implementation of the peace agreement, and has expressed its appreciation for Ireland’s support in this area, as well as the important role played by former Tánaiste Eamon Gilmore as EU Special Envoy to the Colombian peace process.

In July this year, Mr Gilmore led the 12th session of the EU-Colombia Human Rights Dialogue, raising the high levels of attacks and murders of human rights defenders, and the need for collective protection measures.

Officials in my Department in Dublin and at our Embassy in Bogotá will continue to monitor the human rights situation in Colombia, as Ireland continues to support Colombia in its transition to a stable, peaceful, post-conflict society.