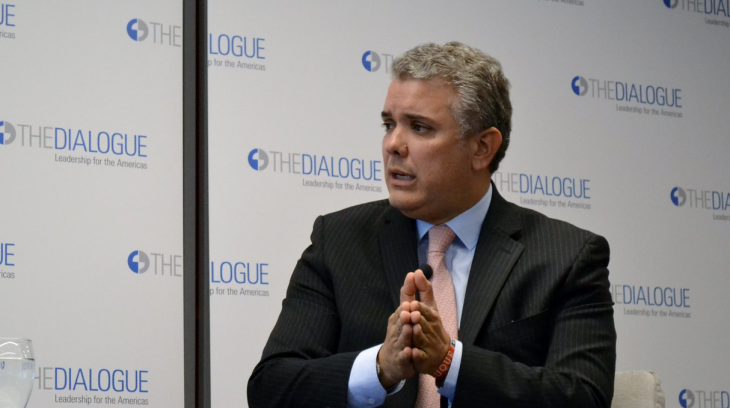 Funds designated for peace-related programmes in Colombia were diverted to a company responsible for promoting the public image of President Iván Duque, it has been revealed. According to Semana magazine, the president’s office awarded $3.5 billion pesos (around £700,000) from the Fondo Paz (Peace Fund) to Du Brands SAS, a Colombian company that manages Duque’s social media profile.

The Peace Fund was created in 1997, almost two decades before the signing of the historic 2016 peace agreement, with a principal aim of facilitating the reintegration to civilian life of members of armed groups. The current peace process has encountered many difficulties, with a lack of funds cited by state officials as one of the main reasons for the failure to sufficiently implement several core elements of the agreement such as land reform and rural development.

On 30 April, the president’s office signed a contract with Du Brands SAS which stipulated the company would manage ‘the production of content and the administration of the President and the Presidency of the Republic’s digital communication channels in which it seeks to distribute, promote, make visible and position the actions of the national government with citizens’. The contract includes administration of the president’s Facebook, Twitter and Instagram accounts.

The payment to Du Brands SAS comes with the country facing a health crisis caused by the coronavirus pandemic, with health services severely underequipped and underfunded to adequately address the crisis. Medical organisations and trade unions have criticised the government over a lack of personal protective equipment which has put health workers at risk. Meanwhile, human rights organisations and opposition parties have called for guarantees over state support for low-income and vulnerable communities.