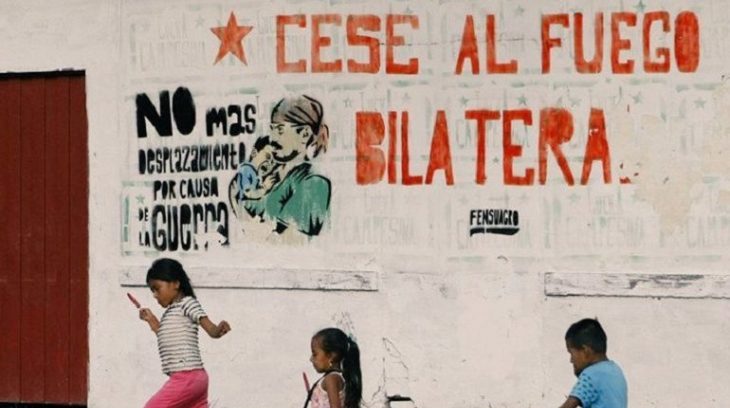 On Friday 12 August, the government-appointed High Commissioner for Peace, Danilo Rueda, said that the government was taking steps to open talks with the ELN in Havana, Cuba. ‘We believe that the ELN has the same desire for peace as the Colombian government,’ he said. ‘And hope that they are listening to the many voices in different territories who are seeking a peaceful solution to this armed conflict.’

The shift in approach to the ELN comes after the previous government of Iván Duque refused to negotiate with the ELN despite repeated requests by the United Nations, Colombian political parties and trade unions, as well as senior officials in the ELN itself. Representatives of the Petro government and the ELN have already met to discuss steps for advancing the proposals.

The ELN has entered negotiations with a number of administrations, including that of Juan Manuel Santos, who signed the 2016 peace agreement with the FARC, but has remained militarily active. Under Santos, Cuba hosted separate peace negotiations with both the FARC and the ELN. Petro was elected on 19 June after running on a platform of commitment to peace-building, which included reaching a settlement with the ELN.

In January 2021, the Duque government worked with the United States to label Cuba ‘a sponsor of terrorism’ after the Cuban government rejected a request to extradite ELN leaders to Colombia, as this would constitute a violation of international protocol that could undermine future negotiations in other global regions. A Justice for Colombia statement said that the ‘attempt to discredit Cuba and deny the reality of its support for peace puts the future of Colombia’s peace processes in danger, but it also serves as an attack on all those who have been committed to supporting these efforts.’