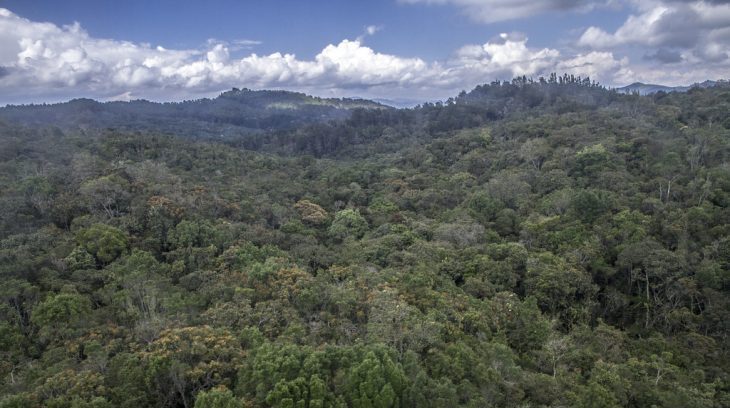 Colombia is by far the world’s deadliest country for environmental defenders, with more than twice as many killed there as in any other country during 2020, according to the latest annual report from the international environmental NGO Global Witness.

65 environmental defenders were murdered in Colombia last year, with Mexico the next most dangerous country with 30 cases. It means Colombia maintains its dreadful record on violence towards those who organise protection of natural resources, including land, rivers, forests and oceans. Global Witness’ previous report (2019) also registered more killings in Colombia than any other country, when 64 cases were recorded there out of a global total of 212. In 2020, the global figure rose to 227, amounting to more than four per week. Almost 30 per cent of those killings were carried out in Colombia.

Of the 65 Colombian cases, 41 were of activists involved in land protection. Another 17 people were killed while working on crop substitution programmes created in the 2016 peace agreement, under which coca-growing communities are themselves responsible for removing illegal crops and replacing them with traditional alternatives (research by Colombian human rights groups has documented 75 such killings from 2016 to 2020). Three activists were murdered while opposing agro-industrial expansion, and another three as they campaigned against mining and resource extraction. The final victim had opposed the construction of major roads and infrastructure through fragile ecosystems.

Almost half of the Colombian cases involved small-scale farmers. Indigenous and African-Colombian environmental activists were disproportionately targeted to an alarming degree: although indigenous people form only around 4.4 per cent and African-Colombians just under ten per cent of Colombia’s national population, according to the 2018 census, a third of attacks targeted them. This pattern was replicated globally, as indigenous people represented 37 per cent of the defenders killed despite forming only five per cent of the global population. Their relationship with the environment draws them into the firing line: Global Witness reports that indigenous populations live in over a third of the planet’s protected zones.

As with other activists and community leaders, the pandemic has seen security deteriorate in many parts of Colombia, as paramilitaries and other armed groups expand territorial control and people are restricted in their movement, thereby making it easier for assailants to locate them. A number of attacks were committed in the victim’s home. As Global Witness found, ‘[t]he COVID pandemic only served to worsen the situation across the country – official lockdowns led to defenders being targeted in their homes, and government protection measures were cut.’

Global Witness also addressed the Colombian government’s failings around the peace process. According to the report, killings of environmental defenders ‘took place in the context of widespread attacks on human rights defenders and community leaders across the country – which the United Nations have classified as endemic violence, despite the hopes of the 2016 Peace Agreement. Colombian civil society points to a woeful implementation of this agreement by the government. In many of the most remote areas, paramilitary and criminal groups have increased their control through violence against rural communities and a lack of state action to protect them.’

On a global scale, 71 per cent of activists killed were involved in the protection of forests from resource extraction, industrial expansion and deforestation. Almost three-quarters of attacks were committed in Latin America, which accounts for seven of the ten worst-affected countries (Colombia, Mexico, Brazil, Nicaragua, Peru, Honduras and Guatemala). One in ten victims were women. The alarming figures recorded by Global Witness in 2019 and 2020 register a more than twofold increase in murders of environmental defenders worldwide compared with 2013.

The report, entitled Last Line of Defence, laid responsibility for attacks on environmental defenders – and the destruction of the natural world that they are striving to protect – on the nefarious practices of corporations and big business, alongside the complicity or neglect of governments that ‘have been all too willing to turn a blind eye and fail in providing their core mandate of upholding and protecting human rights. They are failing to protect defenders – in many cases directly perpetrating violence against them, and in others arguably complicit with business.’

In its recommendations, Global Witness called for proper accountability for companies and governments behind human rights and environmental abuses, while ensuring they are held to promises made under international treaties. It urged governments to protect the rights of communities, demand due diligence from the corporate sector and ensure thorough investigations and prosecutions over the targeting of activists. Finally, it said corporations must implement procedures to guarantee protection for individuals, communities and the environment and ensure the practices of their operating partners and associates are aligned to these principals.