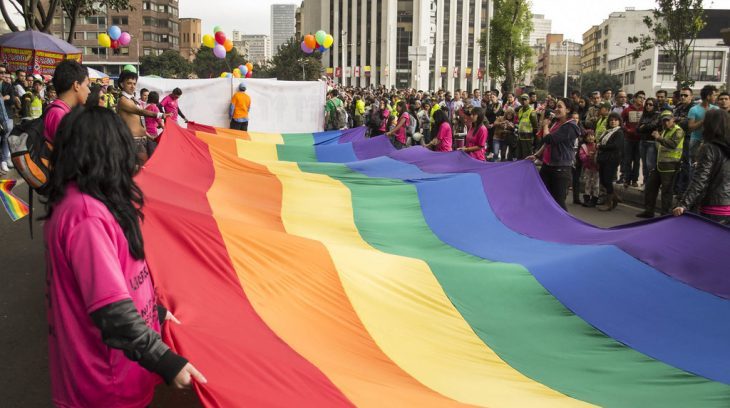 Colombia has seen a steep rise in attacks on LGBT people, with 76 murders committed in 2020. According to the LGBT rights organisation, Caribe Afirmativo, which co-produced the report into anti-LGBTI violence, the global pandemic exacerbated homophobia, discrimination and exclusion, increasing risks for communities which already face high levels of aggression and discrimination.

Colombia’s northern Caribbean region accounted for 30 of the 76 murders, a regional rise of 58 per cent on the previous year, 80 per cent compared with 2018 and a shocking 170 per cent since 2017. Of the 30 victims in the Caribbean, 14 were gay men, eight were transgender women, seven were gay women and one was a bisexual man. Some had suffered threats and harassment prior to their murders.

Armed groups were targeting LGBT people, particularly in rural zones, said the report. Some people had suffered attacks and discrimination, including of a sexual nature, from other residents. There were at least 23 cases of forced displacement due to threats, principally in the Caribbean departments of Atlántico and Bolívar.

State agents also carried out threats and violence towards LGBT people. Of 15 documented cases, 12 involved acts of aggression by police towards transgender women, as well as impeding their ability to work. In September, soldiers shot dead an unarmed transgender woman, Juliana Giraldo, at a military checkpoint in Cauca.

In its annual report on Colombia, published earlier this week, the United Nations High Commissioner for Human Rights registered 388 cases of violence against LGBT people in 2020, including 76 killings. The report found that some investigations were impeded by prejudicial attitudes among state officials.