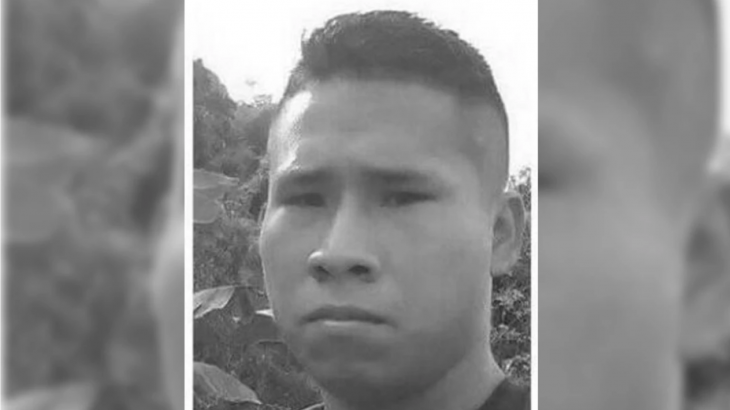 Trade unionist and human rights defender Yordan Eduardo Guetio was killed in Corinto, Cauca, on Tuesday 2 February. Yordan belonged to the FENSUAGRO agricultural union, which has seen more than 35 members killed since the signing of the 2016 peace agreement, as well as the PUPSOC human rights organisation and the Patriotic March social organisation.

Yordan was travelling with his father by motorbike when they were intercepted by armed men, who took Yordan away and killed him. The Colombian human rights organisation INDEPAZ said he was the 20th social activist murdered already in 2021.

FENSUAGRO, which has a formal partnership with Unite the Union through the international trade union Workers Uniting, is the Colombian trade union most targeted by violence since the signing of the peace agreement. Recent cases of violence include the murders of Jayder Quintana and Nelson Ramos Becerra last October and Omar Moreno in December.

Jayder Quintana met with a Justice for Colombia delegation to Cauca, southwest Colombia, in May 2019 when he was just 17-years-old. Sinn Fein Senator Paul Gavan, who was on the delegation, was among those to criticise the Colombian government’s failure to protect social activists and trade unionists. Labour MP Ian Byrne, another delegate on that visit, also expressed alarm over the killing.

Colombia remains the world’s most dangerous country for trade unionists, with at least 20 killed in 2020, while two members of the FECODE teachers’ union were killed on New Year’s Day. Despite repeated warnings over insecurity, the government of Iván Duque has not finalised security measures contained in the peace agreement. The UN recently said that these measures are ‘long overdue’.