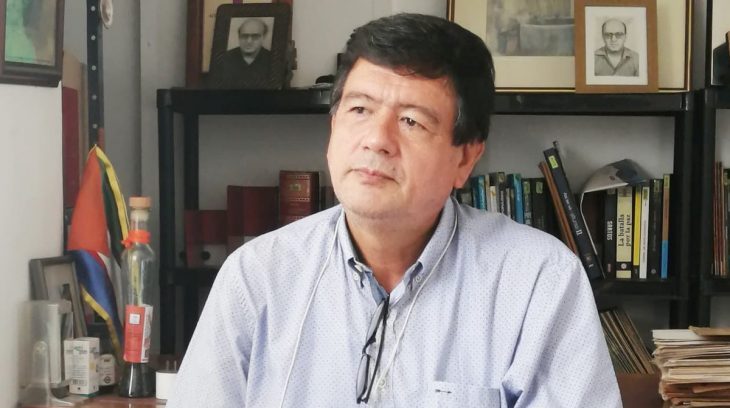 Concern is growing for the safety of Colombian journalist José Alberto Tejada after a series of threatening incidents towards him. José Alberto is the director of independent media outlet Canal 2 de Cali, which has covered in detail the intense protests that have engulfed Colombia since late April. The protests have been characterised by brutal and disproportionate police violence against protesters, with Canal 2 de Cali and grassroots networks playing a vital role in documenting and publicising the abuses.

Global outrage at the conduct of Colombian police – who are responsible for at least 44 killings, more than 80 permanent eye injuries and widespread cases of sexual assault, arbitrary arrest and injuries – has increased pressure on Colombia’s government to implement urgent police reforms and guarantee citizens’ right to peaceful protest. So far, however, those calls have not been answered.

With security forces having committed at least 195 aggression actions against journalists covering the protests, human rights organisations have now accused police of carrying out a campaign of harassment and intimidation against José Alberto Tejada. On Wednesday 12 August, police gathered outside his home where, without providing explanation, they inspected the building’s entrance, as well as a vehicle belonging to one of José Alberto’s children. A number of civilians are reported to have accompanied the operation.

Volunteer security personnel attached to the journalist also reported a tinted-window vehicle as waiting outside the home. When they approached the vehicle to verify its occupants’ identity, it drove off. The role of apparent civilian accomplices in police repression of protests has generated fears over a rise of ‘urban paramilitarism’, with a number of protesters killed and disappeared in still unclear circumstances.

This was not the first case of intimidation towards José Alberto. On 7 August, an assailant drew a firearm outside the journalist’s home after he was approached by security personnel. Another man who was monitoring the home, upon being intercepted by security personnel, retreated to a nearby public establishment where a number of police officers were gathered. When the man arrived, the officers departed.

The targeting of journalists raises serious issues over press freedom in Colombia and the ability of the press to hold authorities to account over the brutal treatment of protesters. It also carries alarming implications for citizens’ ability to access information about the conduct of their government towards core democratic rights.

In June, Justice for Colombia appeared alongside José Alberto on Canal 2 de Cali to discuss state violence in the protests and the importance of international support for human rights and peace in Colombia.