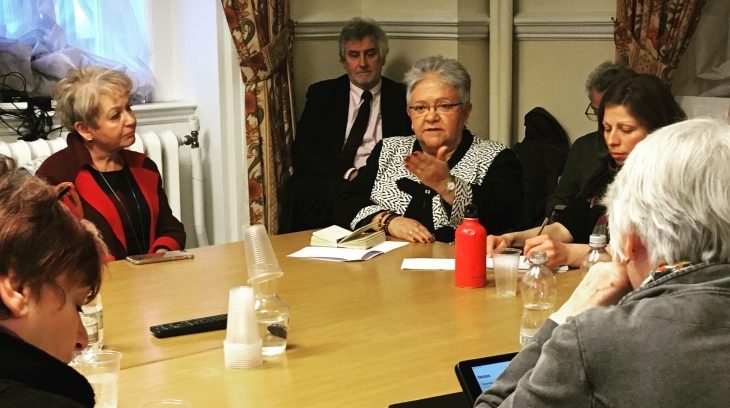 On 6-7 March 2018, JFC brought Imelda Daza, vice-presidential candidate to the new FARC political party, to London to build support for the Colombian peace process and to highlight the current human rights crisis in the country. On her visit, Imelda Daza met with the following people:

Her visit came as the FARC prepared to participate in elections for the first time. However, its transition from guerrilla movement to political party has not been easy. In February, the FARC was forced to suspend electoral campaigning after violent attacks on its events in different Colombian cities. There have also been attempts in the Colombian congress to prevent FARC politicians from entering the chamber.

Imelda Daza discussed these issues in each of the meetings. For more information on Imelda Daza’s visit to London, click on the following links:

You can read an interview with Imelda Daza in the Morning Star here, and watch a report by teleSUR English here, in which JFC director Mariela Kohon is also interviewed.

You can also view a JFC Facebook album of Imelda’s meetings.