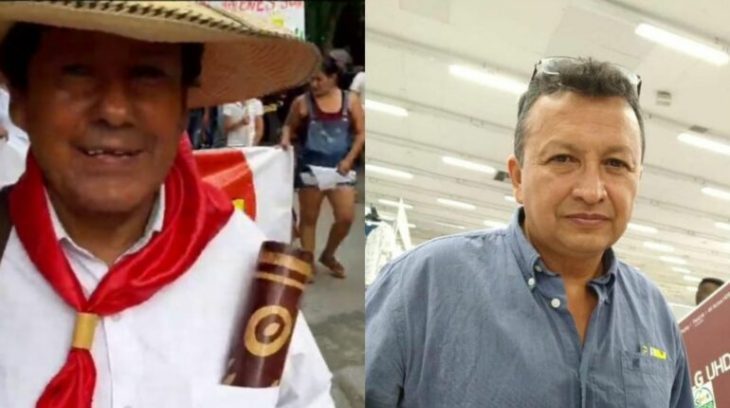 At least four people were killed in just two days, while two others survived assassination attempts, as Colombia’s human rights crisis continues to claim the lives of social activists across the country.

On 19 October, two indigenous men, Avelino Ipia and Héctor David Marín, were killed in the Caldono zone of Cauca, southwest Colombia. The attack was committed while thousands of indigenous, peasant farmer, African-Colombian and student activists from the region were arriving in Bogota as part of ‘Minga’ mobilisations to demand urgent government action over the violence impacting communities in Cauca and elsewhere.

There were a number of attacks on the same day. Indigenous leader Aurelio Jumí Domicó survived an assassination attempt, with initial reports saying he had been killed, in the northern region of Córdoba. He is the vice-president of the indigenous reservation Quebrada Cañaveral Embera Katio del San Jorge.

Also in northern Colombia, rural activist Hernando Benítez survived an attack in Caño Palomo, department of Sucre. He is a regional representative for the Movement for Victims of State Crimes (MOVICE) which campaigns for justice for human rights violations committed by the Colombian state.

Two members of the Colombia Humana political movement were also killed in under 24 hours. The first attack also took place on 19 October, in which Eduardo Alarcón (pictured above left) was killed at his home in Campoalegre in the department of Huila. The 72-year-old had coordinated successful campaigns for local farmers to be granted land to cultivate rice. He is the 11th social activist murdered in Huila so far this year and was a member of the Democratic Pole political party.

The following day, 20 October, a regional coordinator for Colombian Humana was killed in Cauca. Gustavo Herrera (pictured above right) was shot dead in his vehicle as he travelled between the departmental capital of Popayán and the zone of Coconuco. During the 2018 presidential elections, he ran the campaign in Cauca for candidate and current senator Gustavo Petro, who finished second to Iván Duque. According to INDEPAZ, he is the 236th social activist murdered this year and the 642nd since Duque took office in August 2018.

With Colombia’s human rights crisis escalating, social organisations have accused the government of failing to take necessary measures to improve security, particularly in rural regions affected by high levels of structural poverty where the majority of violence has been concentrated. The United Nations has called on the government to ensure implementation and effective functioning of security mechanisms contained in the 2016 peace agreement.