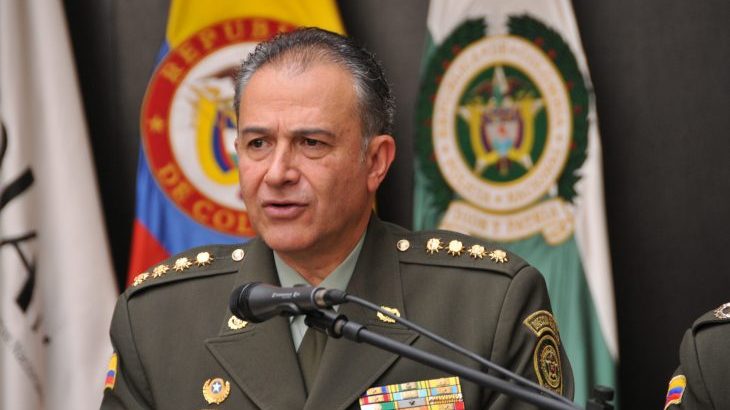 During Colombia’s armed conflict, trade unionists, political activists and community leaders were routinely targeted by state forces and paramilitary groups. Students were also subjected to violence, particularly those in the public education system who came from lower-income backgrounds than their privately-educated counterparts. Security forces often accused students of links to guerrilla groups in order to justify their arrest, disappearance or murder.

The former director of police and intelligence services, Óscar Naranjo, who went on to serve as vice-president in the government of Juan Manuel Santos, has now apologised for his role in stoking aggression towards students. Naranjo’s intervention came in a special session convened by Colombia’s Truth Commission, which was created in the 2016 peace agreement to develop a historical record of the armed conflict, to specifically address violence against universities.

‘I have to recognise today that in many cases we were mistaken and these mistakes compel me to ask for forgiveness,’ said Naranjo. ‘When I was director of intelligence, I contributed to stigmatising them by linking them to armed groups. What a massive error.’ After Naranjo retired from the police, President Santos appointed him as a peace negotiator in the talks with the FARC guerrilla organisation which resulted in the historic 2016 agreement. He subsequently served as vice-president from 2017 to 2018.

In light of the massive protests which have engulfed Colombia in recent months, and the brutal response enacted by security forces, Naranjo defended the right to peaceful protest. ‘I have been in the centre of gravity of what university students’ movements have meant, and it is a [form of] protest which not only must be respected, but dignified through a treatment that extolls officials in the security forces. Indignation cannot be silenced only through use of force,’ he said.

According to the Truth Commission, 588 students were murdered between 1962 and 2011, an average of more than 12 per year. Violence intensified under States of Siege, which governments implemented on four occasions between 1958 and 1978 to contain mass protest movements led by students, workers and peasant communities. ‘This fostered murders, massive detentions, arbitrary prosecutions without respect for basic rights [and] torture, among others,’ said the Commission.

The Commission also said that deliberate attempts to associate students with guerrilla groups played a major role in legitimising state violence: ‘The violence of state agents against the university movement and community was rooted in stigmatisation and was exacerbated through the persecution of public protest and critical thought.’

State forces were responsible for 36.5 per cent of killings and forced disappearances of students, while paramilitaries were behind 29.5 per cent. In around 32 per cent of cases, the identity of the perpetrators remains unknown. The departmental regions of Antioquia, Cundinamarca, Santander, Valle del Cauca and Atlántico were the worst affected, as they are home to cities with large university populations.