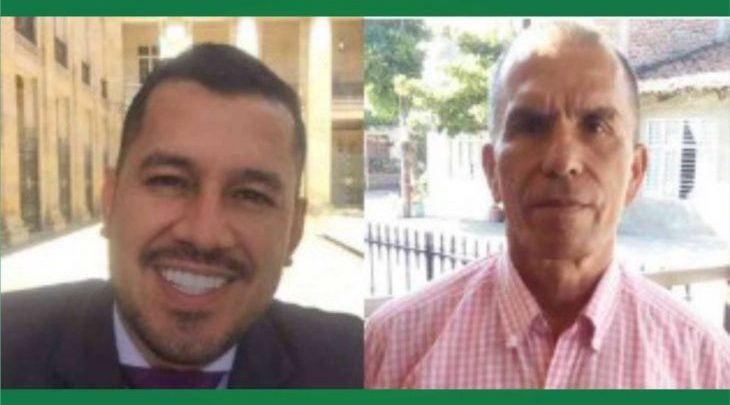 Jhonatan Borja Pérez and Iván Giraldo Fuqueme, former candidates in last October’s regional elections, were assassinated on the 30th January whilst travelling by car in Palmira, department of Valle del Cauca. The pair had run a joint campaign, with Borja Pérez running as mayoral candidate and Giraldo Fuqueme for the council of Candelaria. They represented the left-wing parties ‘Colombia Humana’ and ‘Polo Democrático’ respectively.

Both candidates had denounced possible cases of corruption in the area. When Borja Pérez first announced his candidature, his younger brother, Bryan Borja Pérez, was assassinated. The lack of state protection for the pair was highlighted by senator Ivan Cepeda, Co-President of the Peace Commission. Since the start of 2020 alone, over 20 social activists are reported to have been assassinated, bringing the total number to over 600 killings since the signing of the Peace Agreement in 2016.