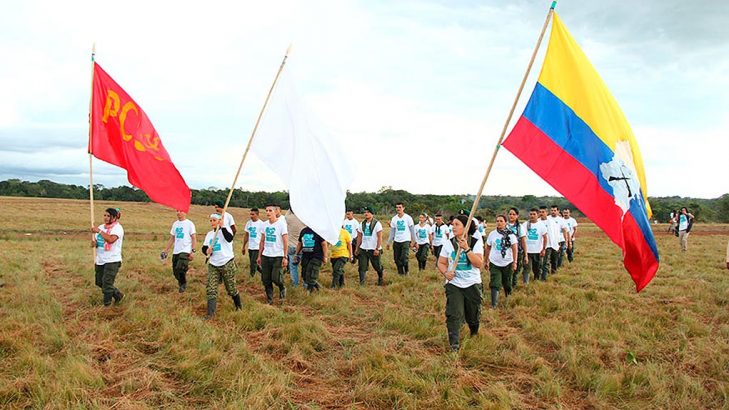 FARC former combatants in Colombia’s peace process are being targeted through judicial channels in order to undermine their reintegration to civil society and the peace process more broadly, according to activists and organisations representing them. The warnings come days after Colombia’s transitional justice court, the Special Jurisdiction for Peace (JEP), ordered urgent measures to address the endemic violence impacting former combatants, with 284 accredited former FARC members killed since entering the peace process almost five years ago.

In a public statement, the Links of Dignity Foundation (FLD), a collective of human rights lawyers which represents former combatants, said that Martin Batalla, a former combatant in the peace process, has since June faced multiple instances of persecution, harassment and threats which have jeopardised his physical and legal security. For a number of years, Justice for Colombia has worked with FLD, whose lawyers have been targeted over their representation of former FARC combatants.

One of the former combatants targeted, Martin Batalla, has been leading productive projects in north Antioquia, where he has developed partnerships between private and public sectors to run workshops and other initiatives aimed at advancing economic opportunities for those in the peace process. After receiving threats over this work, Martin Batalla has for the last four years requested protective measures from authorities but these have been repeatedly denied, according to FLD.

Since July, an increased campaign of intimidation and harassment has sought to legally entrap Martin Batalla and his family members. FLD said evidence of nefarious telephone calls and messages had been given to Attorney General’s Office and the United Nations Mission in Colombia.

In a separate case, on Sunday 29 August, police detained Harold Ordoñez Botero as he spent time with his family in Cali. They accused him of being ‘Oscar’, a wanted leader of a so-called dissident group held responsible for attacks and other illicit activity in the region. Charges against Harold include aggravated homicide and illegal carrying of arms.

Since the signing of the peace agreement, Harold has coordinated sustainable rural projects for former combatants to develop livelihoods from conflict. He is also studying for a Master’s degree in Development and Peace at the Javeriana University of Cali and works in a role of peacebuilding and reconciliation for the regional government of Valle del Cauca.

The FENSUAGRO agricultural union said Harold’s detention is ‘based in harmful accusations which aim to sabotage his reincorporation and the Peace Agreement.’ Social organisations warned that former combatants are increasingly being targeted through the use of legal channels to persecute political rivals and called Harold’s detention ‘a judicial setup.’ They also called for his immediate release.

Despite the UN Mission’s repeated verification that the vast majority of former combatants remain fully committed to complying with the terms of the peace agreement, they face increased physical and legal attacks. Social organisations have repeatedly warned that the principal aim is to undermine the peace process and impede former combatants from transitioning to civilian society.