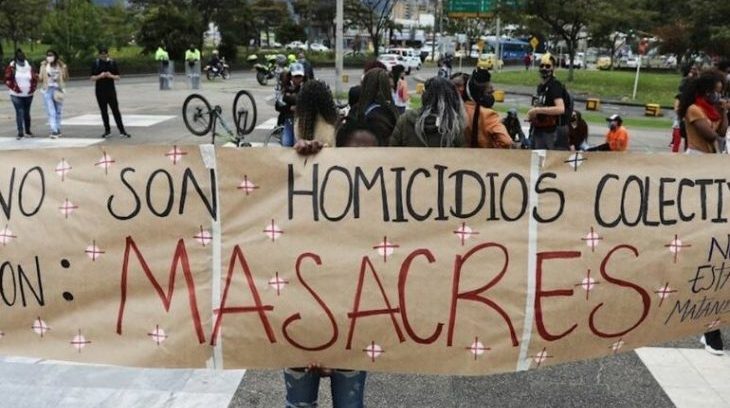 Five people were killed in a massacre in the Tapartó zone of Andes, Antioquia, in the early hours of Wednesday 17 February.

At least five armed attackers broke into a coffee farm at around 3am and attacked workers who were asleep in their residence. According to reports, the victims were rounded up in a bedroom where they were tortured and interrogated before being killed. One person was injured but survived.

Tapartó, where the attack was carried out, has a high paramilitary presence due to drugs production. The attack was the 12th massacre of 2021, five of which have taken place in Antioquia. The region also saw the highest number of massacres in 2020, as the total number of such cases rose almost threefold from the previous year to 90.

Local human rights organisations have warned that the government has implemented few security measures in Antioquia to contain the spiralling violence.