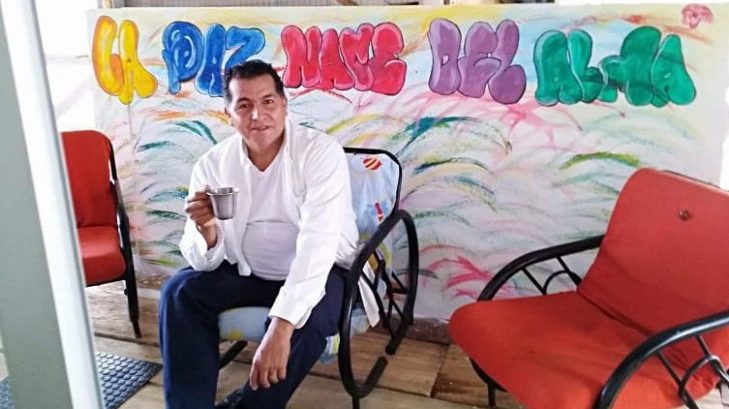 A FARC member has been murdered for the first time inside one of the reincorporation zones, known as ETCRs, that were created in the 2016 peace agreement to facilitate former guerrillas’ transition to civil society. Alexander Parra was killed on Thursday 24 October at the ETCR ‘Mariana Paz’ in Mesetas in the Meta region to the south of Bogota.

Alexander was shot dead by armed men who entered the ETCR. His partner, Luz Marina Giraldo, is running as a FARC council candidate in local elections this Sunday. Alexander had previously requested security measures due to the risks he and Luz faced.

The United Nations recently said that 151 FARC members in the reincorporation process have been murdered since the signing of the peace agreement just under three years ago. At least two others have been killed since then. The day before Alexander’s death, Dago Hernán Galíndez Chicangana was found dead alongside his friend Eduar Andrey Baos Imbachí in southern Colombia’s Cauca region.

While all previous killings have occurred outside the 24 ETCRs spread around the country, the murder of Alexander raises major concerns over the security of members who are based there. In addition to training and the development of sustainable projects, the ETCRs are designed to provide security for their residents and are guarded by the army.

The security failure around Alexander’s killing raises serious questions over the government’s capacity to protect the thousands of people who disarmed under the terms of the peace agreement and now seek to build lives away from conflict.