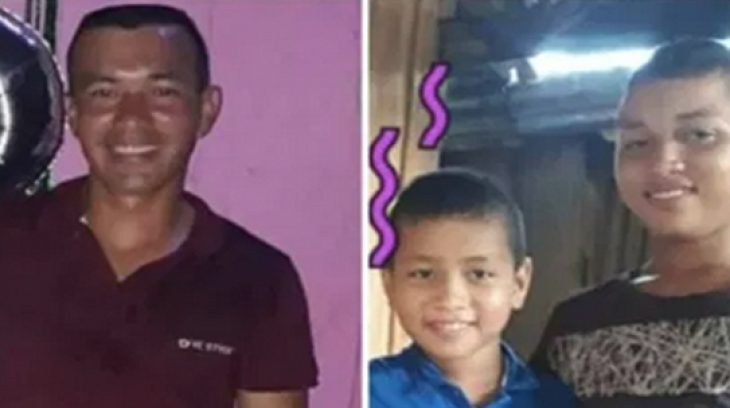 A trade unionist and two of his young sons were murdered on Saturday 4 April in the department of Cauca, southwest Colombia.

Hamilton Gasca Ortega, who was 33 years old, and the boys, Robert and Kevin, were killed by a group of at least four armed men who forced their way into the family’s home. Another child and the children’s mother, María José Arroyo, survived the attack, although initial reports said the third child had also died while the mother was missing.

Hamilton was a member of the Trade Union Association of Peasant Workers of Piemonte, an affiliate of the agricultural union FENSUAGRO which has seen more than thirty members killed since the peace agreement was signed in November 2016. FENSUAGRO has a formal partnership with Britain and Ireland’s Unite the Union through the international trade union, Workers Uniting.

According to the Justicia y Paz human rights organisation, Hamilton’s union received threats in early March. In response to the triple killing, called on the Colombian government and the international community to guarantee the life of trade unionists in Cauca and of María José Arroyo, who is a member of the ASIMTRACAMPIC union for peasant farmers in the Piemonte zone.

Cauca, where the attack was committed, is statistically Colombia’s most violent region. More than 100 social activists, community leaders and trade unionists have been killed there since the peace agreement was signed in November 2016. On a national level, violence against trade unionists has increased significantly. According to the International Trade Union Confederation, killings of trade unionists in Colombia more than doubled from 15 in 2017 to 34 in 2018 (the most recent year for which data is available), accounting for almost two-thirds of documented worldwide cases.