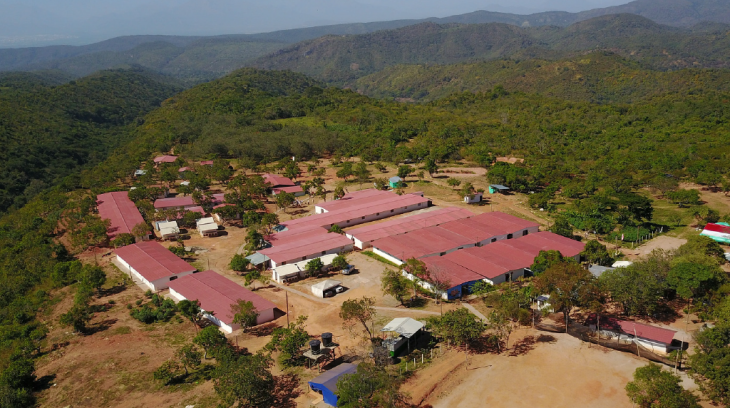 Thousands of FARC former guerrillas living in specially-created reincorporation zones are at risk from coronavirus, with the zones underequipped to deal with cases. Under the terms of the 2016 peace agreement, 24 ‘Territorial Spaces for Training and Reincorporation (ETCRs)’ were installed across Colombia for FARC members to live, retrain and develop sustainable projects to facilitate their transition to civil society. FARC officials at the ETCRs say that authorities have provided little information on how to deal with an outbreak.

Following the outbreak of the coronavirus, Colombia imposed a strict lockdown and closed public spaces, restaurants and schools. Similarly, the government body responsible for overseeing implementation of the peace process, the Agency for Reincorporation and Normalisation (ARN), announced similar measures to confine ETCR residents on site and to limit access from outside.

However, medical facilities are not ready for an influx of cases. For example, the ETCR ‘Marco Aurelio Buendía’ in the department of Guaviare only has beds to treat one person at a time. There is also a lack of basic products which help prevent spread of the virus, such as soap, face masks and hand sanitiser. ‘Our medical personnel are unprepared to attend an infection and, so far, the ARN has not told me where we can go if there is a case,’ said Francisco Gamboa, a FARC official at the zone. While ETCRs have received instructions to isolate anyone displaying coronavirus symptoms, most rely on shared bathrooms and cooking areas, thereby increasing the risk of spread.

Since they began operating in early 2017, the reincorporation zones have faced a litany of challenges. Authorities failed to provide adequate funding, resources or infrastructure for the ETCRs to operate functionally, forcing residents to look elsewhere for raw materials. Essential domestic products such as soap, toilet paper and toothpaste have been in short supply. There has also been a lack of clarity over the ETCRs’ long-term status, leading to uncertainty over the future of former guerrillas.

The situation has been exacerbated by the high levels of insecurity facing FARC former guerrillas, with close to 200 murdered since the peace agreement was signed in November 2016. In late 2019, the first murder was committed on a reincorporation zone site. Widespread impunity has made identifying the perpetrators a difficult task.

Although close to 13,000 FARC members registered in the reincorporation process, less than a quarter of that figure remain in the ETCRs, according to the United Nations’ report on the peace process published in December 2019. Coronavirus is yet another challenge former guerrillas will have to overcome as they seek to build new lives away from conflict.