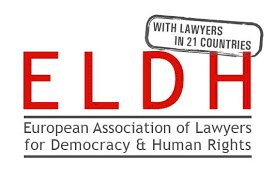 The European Association of Lawyers for Democracy and World Human Rights (ELDH) has written to the European Union’s delegation in Colombia over the ongoing human rights crisis in the country.

In 2012, Luis Alfonso Castillo and other Colombian human rights defenders visited Britain as visitors of the Haldane Society, which is affiliated to ELDH and has long campaigned over human rights in Colombia.

In the letter, addressed to the EU delegation’s human rights liaison officer, Anne-Sophie Houée, ELDH Secretary General Thomas Schmidt raised serious concerns over attacks on human rights defenders and previous threats on lawyers working around Colombia’s peace process. Among these concerns are abuses by state security forces, delays in implementation of security mechanisms contained in the peace agreement and government discourse which ‘aim[s] to hide or trivialise the systematic genocide that social leaders are suffering.’