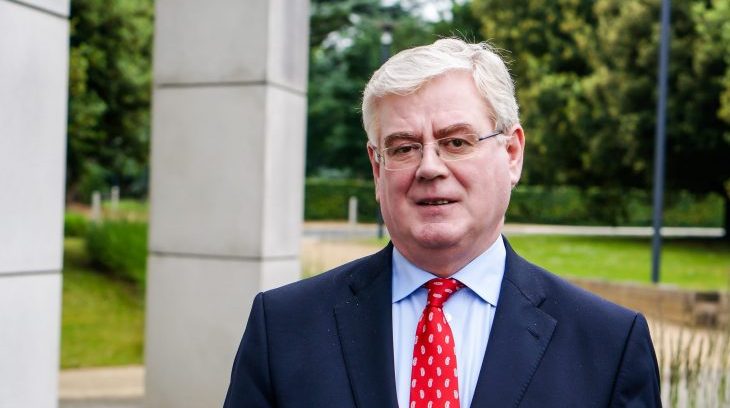 The European Union has called for investigations into the killings of protesters by security forces during recent protests in Colombia, with the EU’s Special Representative for Human Rights, Eamon Gilmore, saying that those behind the deaths must face accountability.

Gilmore has been in Colombia since 17 June to assess human rights violations committed in ‘National Strike’ protests, as well as to monitor implementation of the peace process, to which he serves as the EU Special Envoy. ‘With everyone I’ve met in the country, I have expressed the EU’s concern over violence in the context of protests. I myself have been shocked to know that protesters have been shot and many died. Therefore, I reiterate the EU’s call to fully investigate these incidents and to hold those responsible to account,’ he said.

Gilmore met with, among others, Colombian president Iván Duque, government officials and police director General Jorge Luis Vargas. He also met with members of the National Strike Committee, which is formed of different organisations to have coordinated the protests, and urban protesters based in Cali, the epicentre of protests and state repression.

Human rights groups have documented 74 people killed during protests, with the majority killed by police. Other cases remain unclear, although armed ‘civilians’ in plain clothes have been filmed accompanying police on multiple occasions while shooting at protesters. ‘Every government must respect human rights, which are universal and include freedom of expression, freedom of assembly and the right to peaceful protest,’ said Gilmore.

The EU is among several foreign bodies to express alarm over state violence in Colombia, after various governments and parliaments, the United Nations Human Rights Commissioner, the Organization of American States and organisations such as Human Rights Watch and Amnesty International all condemned the disproportionate levels of repression enacted towards protesters.

In addition to the deaths, over one thousand protesters have been injured, including more than 70 cases of eye injuries caused by police projectiles. There have also been widespread reports of sexual violence against detainees and hundreds of people missing after being arrested.