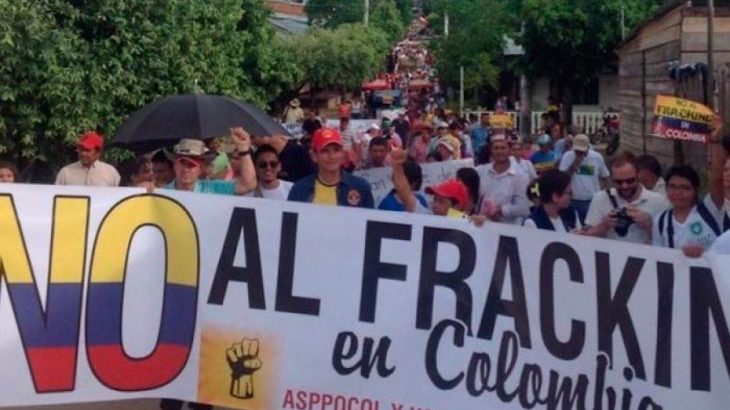 Environmental youth activists have received threats over their opposition to fracking in Puerto Wilches, department of Santander. On 17 February, opposition congress members signed a letter to denounce the targeting of members of the AGUAWIL young people’s organisation, which forms part of the national alliance Colombia Libre de Fracking (Colombia Free from Fracking). The alliance says that President Iván Duque has broken campaign agreements to conduct reviews of fracking.

In the letter, congress members, who represent parties including Alianza Verde (Green Alliance) and Comunes (previously the FARC), also accuse police in Puerto Wilches of a campaign of harassment against AGUAWIL members, as well as forcefully removing posters and materials opposing fracking. Activists in groups affiliated to Colombia Libre de Fracking have also faced threats in the city of Barrancabermeja, Santander, and the town of San Martín, César. Environmental groups say that fracking negatively impacts water resources and food production which the regional population depends on, as well as people’s health.

While the government had agreed to hold public meetings to discuss the proposals, along with state oil company Ecopetrol which will conduct fracking operations, community leaders say that these have not included genuine community representation, in part due to high levels of conflict and structural poverty which continue to impact the population, which has had an adverse impact on human, social and environmental rights.

The congress members have called on authorities to guarantee the security of AGUAWIL activists, to investigate the threats and hold the perpetrators to account and to ensure that Ecopetrol observes human rights in its operations. Colombia is the world’s most dangerous country for environmental defenders, with at least 64 killed there in 2019.