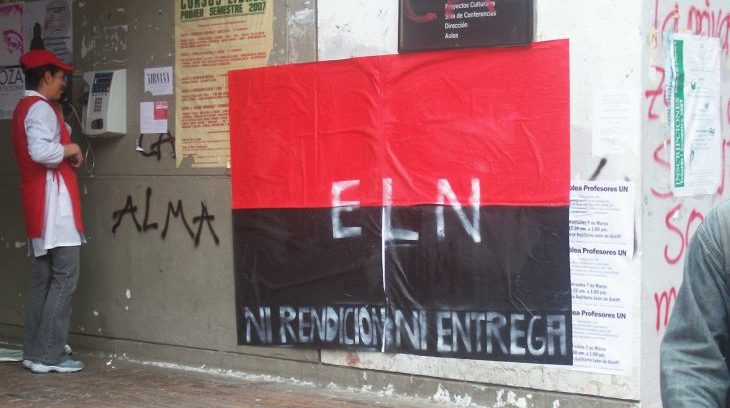 The Colombian government will open formal peace negotiations with the National Liberation Army (ELN), Colombia’s largest remaining guerrilla movement, on Monday 21 November. The search for a negotiated settlement with the ELN has been a central pillar of President Gustavo Petro’s Total Peace policy which promotes dialogue as the means of ending violent conflict in Colombia. According to Petro, Total Peace depends on a social pact ‘with society and not with armed groups.’

Petro has appointed as the government’s lead negotiator Otty Patiño, a former M19 guerrilla, the organisation to which Petro also belonged prior to its demobilisation in 1990. Senator Iván Cepeda, a long-time peace advocate, is also on the negotiating team, while others who could participate on the government side include Senator María José Pizarro, who recently visited Britain and Ireland with JFC, as well as former congress member Alberto Castilla, the Interior Ministry’s Horacio Guerrero and Olga Lucía Silva. Talks are anticipated to get underway in Venezuela’s capital, Caracas. Cuba and Norway are guarantor countries, the same role they have played in the peace process with the FARC.

A surprise name on the government negotiating team is that of José Félix Lafaurie, a conservative businessman and president of the powerful FEDEGAN ranchers’ association. Lafaurie has previously opposed peace talks with the FARC, while his wife is the far-right senator María Fernanda Cabal. The invitation to Lafaurie demonstrates Petro’s strategy of giving diverse political actors a role in peacebuilding. Civil society groups will also participate in the talks.

Peace talks with the ELN were held under the Juan Manuel Santos government but were broken off in 2019 by his successor Iván Duque. Since then, the United Nations, opposition parties (which today form the governing Historic Pact coalition) and civil society groups including trade unions have supported the reopening of dialogue. Petro made ELN negotiations a central pledge of his election campaign and has moved swiftly to begin the talks since his inauguration on 7 August. In the first two weeks of his presidency, Petro suspended arrest warrants against ELN negotiators in Cuba, where they had remained since previous talks ended, and raised prospective new dialogues with them.