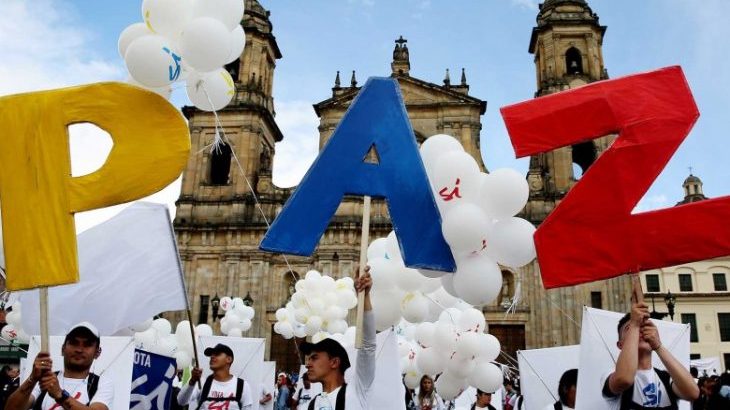 Colombia’s government will cut funding next year by up to 30 per cent to various institutions created in the 2016 peace agreement, according to Patricia Linares, president of the Special Jurisdiction for Peace (JEP), the truth and justice court which investigates major human rights violations committed during the armed conflict.

From a budget of $90 million Colombian pesos (£2.24 million) in 2019, funding for the JEP will drop to $67 million (£1.67 million) in 2020, said Linares. The cuts will also apply to the Truth Commission, which aims to document the armed conflict to help build national reconciliation, and the Search Unit for Disappeared People, which was established to search for thousands of victims of forced disappearance.

‘What worries us is the drastic reduction, despite the fact of how we understand the situation in the country’, said Linares. The announcement comes after Colombian president Iván Duque previously attempted to unilaterally modify the JEP in what many people interpreted as an attempt to weaken its legal jurisdiction.

Truth Commission president Father Francisco de Roux said the cuts would impede the commission’s work but that the international community had offered support in the form of resources and lobbying the government to continue working to advance the peace agreement.

The director of the Search Unit for Disappeared People, Luz Marina Monzón Cifuentes, said that the cuts evidenced the government’s lack of prioritisation of the peace agreement and would be felt most keenly in conflict’affected regions. ‘With this budget cut, we are going to be obliged to reduce the territorial presence’, she said.

The United Nations and other international institutions have repeatedly stated the urgency of ensuring that Colombia’s peace process is granted the necessary resources for its full implementation. It comes during a period of national crisis around uncertainty over the peace agreement’s future and the soaring political violence that has claimed the lives of hundreds of social activists and FARC former guerrillas around the country.