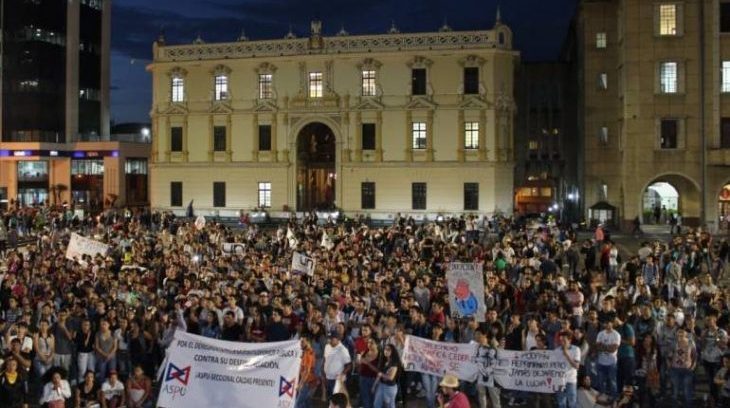 According to ASPU president Pedro Hernández, since 2000 national student enrolment has increased by 130 per cent while funding has risen by only one per cent each year. The lack of funding has seen deterioration in infrastructure, such as university buildings, and a massive rise in university debt. In that time, annual spending has fallen from $10m Colombian pesos (£2,500) to $4m Colombian pesos (£1,000) per student. This has impacted severely on the quality of national university education.

The situation is equally hard for professors and other university staff. ASPU research shows that 60-70 per cent of professors lack stable employment. Contracts typically only last for eight months per year, with no benefits during the remaining months. University debt means some professors have gone months without being paid.

The situation has got so bad that 25 per cent of the 2019 budget is already needed to cover this year’s deficit, meaning many courses will not last the full next year. ASPU has called on the Colombian government to use oil revenues to fund public university education.