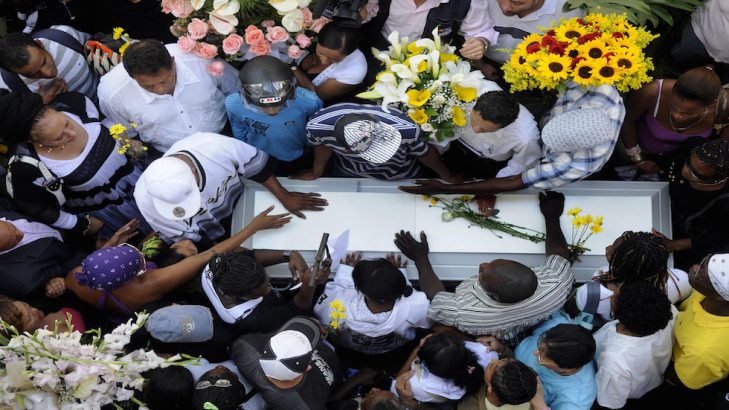 Last week, Colombian teachers went on strike over unfulfilled government agreements and the violence faced by many in their profession. That same day, Luis Gabriel Gómez was murdered near Puerto Asis in the southern department of Putumayo. He is at least the eighth teacher murdered in Colombia so far this year.

Luis Gabriel was the principal of the Institución Educativa Bajo Lorenzó, to where he spent several hours travelling each day. He was killed in the early hours of Wednesday. Reports say that he was stabbed by two men and that previously he had warned authorities about threats he was receiving.

Julieta Salcedo of the Putumayo Teachers Association says that at least 16 teachers have had to be relocated due to threats against them. Some of these are believed to be connected to teachers denouncing an increase in drugs trafficking in the Putumayo region.

According to the FECODE teachers union, 1,217 teachers have been murdered in the last 20 years.