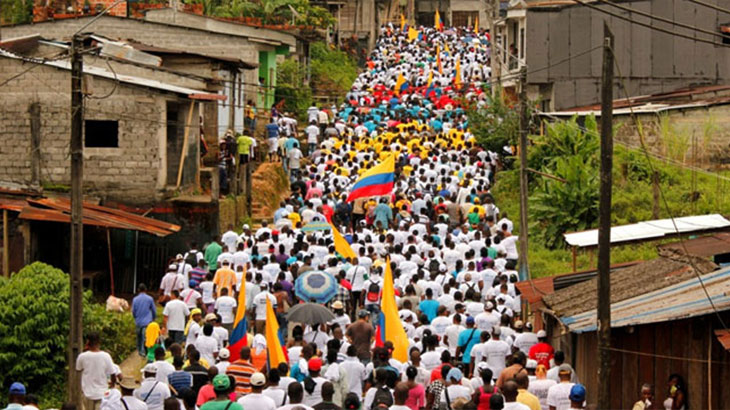 On Sunday 27 May, Colombia held the first round of its presidential election to decide who will govern the country during 2018-2022. As there was no majority winner, which requires at least 50 per cent of the vote, there will be a second round on Sunday 17 June between the top two candidates.

Ivan Duque of the right-wing uribista party the Democratic Centre won the highest number of votes (7.57 million) and 39 per cent of the overall vote. A victory for Duque would have major implications for the peace process, as his party opposes it and led the successful No campaign in the 2016 plebiscite. Duque would likely seek to scrap core elements of the agreement such as the transitional justice mechanism and land reform. He may also seek to extradite FARC members to the United States. A Duque victory is widely perceived as an endorsement of his party founder, the right-wing former president Alvaro Uribe, who escalated the conflict and whose administration was implicated in major human rights violations such as the ‘False Positives’ scandal.

Duque’s opponent in the second round will be Gustavo Petro, a former guerrilla in the M-19 movement and a former mayor of Bogota. Petro received 4.85 million votes (25 per cent) and is the first ever left-wing candidate to reach the second round of a presidential election in Colombia. He supports the peace agreement, social investment and environmental protection policies. He remains a long way behind Duque, however, and his success will depend on winning the support of those Colombians who voted for other candidates, especially Sergio Fajardo, who also received over 4 million votes.

The need to build an alliance to defeat Duque has led to calls for a united Petro-Fajardo front, with their combined totals enough to win the presidency. However, it remains to be seen whether Fajardo will endorse Petro as this could affect his political position in the event of a Duque presidency, which is the most likely outcome.