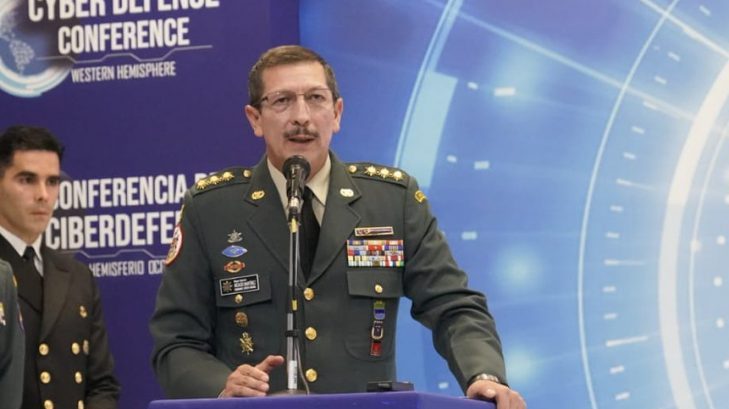 The Colombian military is embroiled in yet another scandal after it was revealed that the army has been conducting illegal surveillance of journalists, politicians, human rights defenders and trade unionists. During 2019, at least 130 people – and in some cases their family members – were monitored by military intelligence, which compiled information through intercepting emails, phone calls and personal contacts. According to Semana magazine, ‘the units involved received economic help from a foreign intelligence agency’.

Several Colombian journalists were targeted in the spying operation, including María Alejandra Villamizar, an advisor to previous governments who has written extensively on peace and human rights for various Colombian magazines and newspapers, as well as high-profile journalists Daniel Coronell and Yolanda Ruiz. A young unnamed journalist was monitored after organising an interview with an ELN guerrilla commander. Staff at independent media outlets Rutas del Conficto and La Liga contra el Silencio were also put under surveillance.

The military spied on members of the José Alvear lawyers collective, which represents families of victims of state killings in cases against some of the military officials accused of being behind the crimes. The head of the human rights department at the CGT trade union confederation, Humberto Correa, was also monitored, with photos of his family contained in the military file. Others under surveillance included opposition senators such as Gustavo Bolívar, Angélica Lozano and Antonio Sanguino.

Foreign funding was diverted to surveillance operations, which targeted a number of US journalists. These included Nicholas Casey, whose article last May for the New York Times revealed that senior army officials had ordered ‘improved results’ in combatting armed groups and that this may have led to extrajudicial killings and other human rights violations. The military compiled an archive of Casey’s contacts and associates in Colombia. Other targets were Juan Forero of the Washington Post, photojournalist Lynsey Addario, who in February 2019 documented ELN guerrillas for National Geographic, and John Otis, who was the Colombia correspondent for National Public Radio.

The espionage programme was carried out under the military command of General Nicasio Martínez between February and December 2019. His resignation from the post coincided with the programme apparently ending. General Martínez’s appointment to Commander-in-Chief generated widespread controversy in Colombia over his alleged involvement in ‘False Positive’ cases during the 2000s, when thousands of young Colombians were murdered by the army and presented as ‘combat kills’ in return for financial and other rewards. The director of Human Rights Watch’s Americas division, José Miguel Vivanco, who criticised General Martínez’s promotion owing to his implication in at least 23 killings, was another target of military surveillance.

Under General Martínez’s command, the armed forces were involved in a series of human rights scandals. In April 2019, soldiers carried out the premeditated murder of a FARC former combatant, Dimar Torres, who was coordinating community efforts to implement the peace process in Catatumbo, northeast Colombia. In August, a military raid on an alleged armed group killed at least eight children, even though Colombian authorities were aware that armed groups were forcibly recruiting minors in the region. Reports said that some survivors from the initial attack were subsequently pursued and killed by soldiers. Fallout from the case contributed to the resignation of Defence Minister Guillermo Botero in November.

While the principal objective of the surveillance programme has not been made clear, it raises further serious questions over the conduct of the armed forces towards people it views as opponents. With Colombia facing a human rights crisis that has seen more than 600 social activists and almost 200 members of the FARC murdered since the peace agreement was signed in November 2016, the latest revelations cast doubt on the commitment of the military to ensuring security in regions where it has a long record of abuses against civilians.