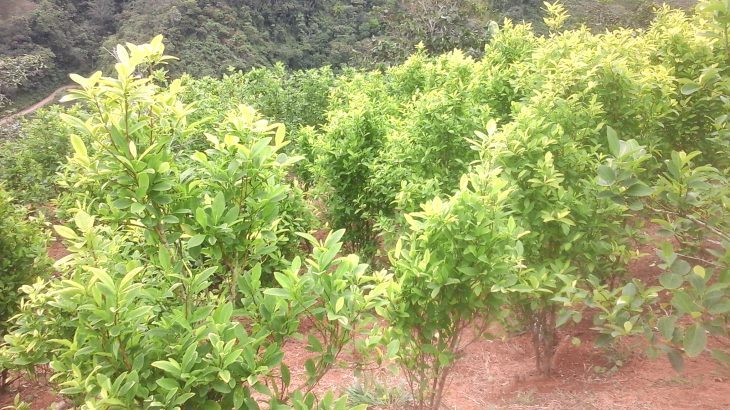 President Iván Duque’s government has been pressing for a return to aerial fumigation as an apparent means of tackling illicit drugs production after the Constitutional Court banned the practice in 2015 due to the potential harm caused to people’s health and the environment. That ruling came after the World Health Organization said the chemical involved, glyphosate, which is produced by US pharmaceutical giant Monsanto, was likely to be carcinogenic.

Ministers claim that aerial fumigation is necessary to tackle the increase in production of coca and other illicit crops in recent years. Its proposed resumption, however, appears to go against the 2016 peace agreement’s core focus on drugs production, whereby coca-farming communities are to receive state support to remove the crops themselves and transition to legal alternatives.

Many communities have been forced into coca farming due to a lack of other agricultural opportunities, with Colombia importing foodstuffs that sees multinational corporations undercutting domestic producers. Unable to compete, coca and other illegal crops became the only option open to many agricultural communities.

Human rights organisations and supporters of the peace agreement have long opposed the Duque government’s attempts to reintroduce aerial fumigation. They argue that, in addition to illicit crops, the chemicals involved poison livestock, food crops and natural resources such as rivers and forests before passing on to the communities which depend on them.

If the government chooses to press ahead with its plans to reintroduce aerial fumigation, it will have to consult community representatives in at least six designated regions that would be impacted. Coca-growing is concentrated in regions historically impacted by conflict and the lack of a state presence, such as Cauca, Nariño and Putumayo in the south and Norte de Santander and Arauca in the northeast. Human rights violations, including the killings of social activists and former guerrilla combatants, are particularly high in these regions.

Despite the peace agreement’s terms on voluntary crop substitution, under President Duque and his predecessor Juan Manuel Santos, security forces have continued to forcibly eradicate coca plantations and other illicit crops. This has generated protests in rural communities in which the army and police have killed a number of unarmed peasant farmers.