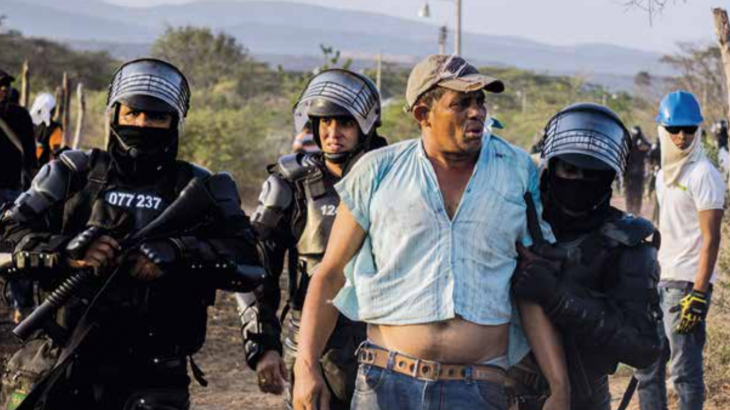 More land activists were murdered in Colombia last year than in any other country, according to a new report by the international NGO Global Witness. The report found that 212 land and environmental defenders were killed worldwide, with Colombia accounting for 64 of the documented cases. The figure shows a drastic increase of over 150 per cent on the previous year’s figure of 25 land activists murdered in the country.

The global figure is the highest number of killings ever documented by Global Witness, with the organisation emphasising that the actual figure is likely to be higher due to many cases going unreported.

In Colombia, indigenous people represented half of the victims despite accounting for less than five per cent of the national population. The region of Cauca in southwest Colombia was the worst affected in the country, with 25 killings. Murders of women environmental defenders also increased by almost 50 per cent compared with 2018.

The increase in attacks on land and environmental defenders has occurred in a broader context of escalating violence against social activists, with hundreds of community leaders, trade unionists and human rights defenders killed since the signing of the peace agreement in November 2016. The Global Witness report attributes much of the violence to paramilitary and other armed groups which have expanded their territorial control since the FARC reformed as a political party after signing the agreement. It also cited impunity in as much as 89 per cent of cases as contributing to the crisis.

In addition, people working to implement the peace agreement have been violently targeted, particularly in the area of voluntary crop substitution. Under the terms of the agreement, coca-farming communities are responsible for replacing these illegal crops – the base ingredient for cocaine – with legal alternatives, and are to receive state support to advance these programmes. However, at least 14 people coordinating crop substitution programmes were killed last year, according to the report.

The report also focused on the case of the social organisation Mujeres Wayuu (Wayuu Women) which is formed of indigenous Wayuu women in the far northern region of La Guajira, one of the poorest and least developed parts of Colombia. It is also home to the world’s largest open pit coal mine, El Cerrejón, which has played a major role in the dire humanitarian conditions affecting indigenous communities in La Guajira, with thousands of children having died since 2008 due to preventable diseases, malnutrition and lack of access to clean water. The mine has diverted rivers and displaced communities, who find themselves living in increasingly precarious zones. The report says that El Cerrejón, which is co-owned by BHP (formerly BHO Billiton), Glencore and Anglo-American, is ‘one of five companies whose operations gave rise to 44% of the attacks on defenders raising concerns about them between 2015 and 2019’. Mujeres Wayuu faced six attacks in 2019 alone, with the government failing to respond to repeated requests for protective measures, says the report.

The report highlights a series of recommendations to address violence against environmental activists, as detailed by Mujeres Wayuu and the Colombian NGO Somos Defensores. These include full implementation of the 2016 peace agreement, particularly in the area of comprehensive rural reform which formalises land claims in poor regions; regular convening of the National Commission on Security Guarantees, established in the peace agreement to investigate and dismantle paramilitary groups; address impunity by holding to account both the material killers and intellecutal authors of these crimes; and publicly recognising the important function of activists with funding and development programmes, as well as ensuring their protection.