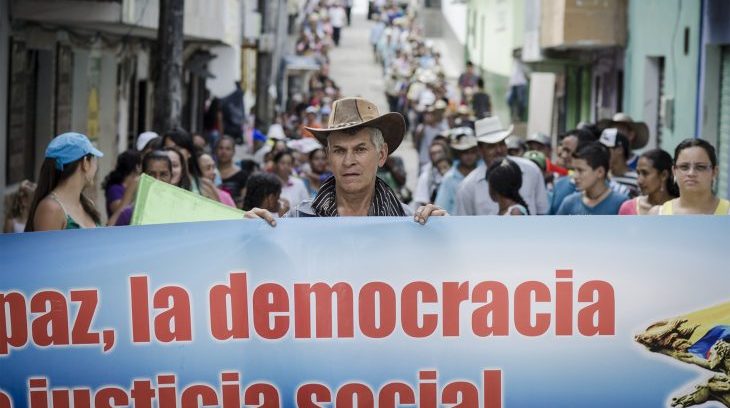 A 2018 report by international NGO Reporters Without Borders has ranked Colombia number 130 in the world for press freedom, of a total of 180 countries. The report demonstrates a decline in tackling aggression towards journalists, with Colombia now ranked one position lower than in 2017 (129th place).

The World Press Freedom Index said that Colombia ‘continues to be one of the western hemisphere’s most dangerous countries for the media, and its journalists continue to be permanently threatened by “bacrims,” gangs of former paramilitaries now involved in drug trafficking’. As well as murder, journalists have been targeted for intimidation and physical attacks, particularly in rural zones where there is a limited state presence and the long-running armed conflict, which formally ended with the signing of the 2016 peace agreement, continues to generate insecure conditions and high presence of armed groups.

The report also said that impunity plays a major role in violence against journalists and that officials are often complicit.

Fabiola León, Colombia representative for Reporters Without Borders, said that ‘between 2016 and 2018, aggressions against journalists doubled down [mainly because] other conflicts that were hidden below the internal armed conflict arose after the peace deal’.

A few days later, Colombian police opened fire on reporters and aid workers who were in Tumaco, southern Colombia, to investigate the recent police massacre of peasant farmers on 5 October. Nobody was seriously injured in the incident but mobile phone footage showed reporters crouching to avoid gunfire.

Following those incidents, the head of Reporters Without Borders’ Latin America division, Emanuel Colombié said: ‘Media coverage of Colombia’s social conflicts is becoming more and more dangerous and the security forces are often responsible for attacks and violence against journalists. The representatives of the Colombian state must respect and protect and the work of journalists throughout the country, as President Santos promised when interviewed by RSF last August’.