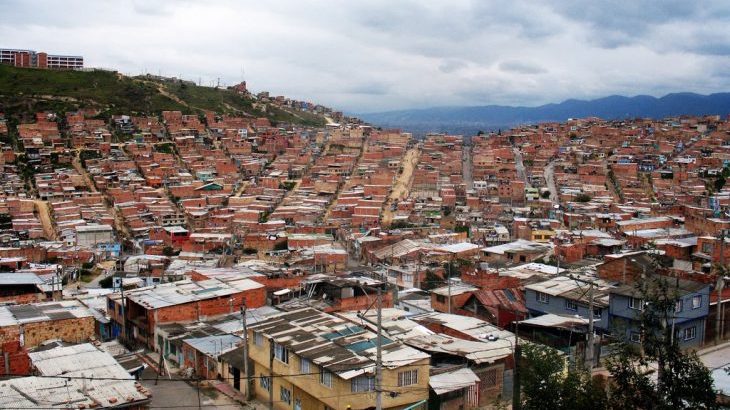 On Sunday, Colombia held congressional elections for seats in the Senate and the House of Representatives, as well as to nominate presidential candidates for three coalitions.

The results saw a historic vote for progressive forces with the left-wing Historic Pact (Pacto Histórico) coalition gaining most votes nationally for both Houses and seeing more than 5 million participate in its primary. Gustavo Petro won the candidacy for the left coalition after receiving more than 4.5 million votes – more than double any candidate from rival coalitions – and is the current favourite to win the presidency. With close to 800,000 votes, the next most popular candidate in the coalition was renowned human rights and environmental activist Francia Márquez, the first black woman to stand as a presidential candidate in Colombia. There is now a strong possibility that Colombians will elect a leftist government for the first time in the country’s history.

The principal challenger to the Historic Pact in the presidential race will come from the political right after the former mayor of Medellin, Federico Gutiérrez, won the nomination for the Team Colombia (Equipo por Colombia) coalition, for which over 4.1m votes were cast. Sergio Fajardo was nominated for the centrist coalition Hope Centre (Centro Esperanza), although he looks unlikely to match his performance in 2018 when he received over four million votes in the presidential election first round but lost out to Petro and the eventual winner, current president Iván Duque.

The Historic Pact was formed in February 2021 to advocate higher social spending, environmental protection and full implementation of the 2016 peace agreement. Several politicians in the Historic Pact have been vocal opponents of Duque’s right-wing administration, whose term in office has overseen a sharp rise in inequality and a spiralling human rights crisis which has claimed the lives of hundreds of social activists and former guerrilla combatants. Duque’s party, the Democratic Centre, has opposed the peace process and faced international condemnation over its dismal human rights record, particularly after police committed massive abuses against trade union-led protests last year.

The results saw both Houses of Congress split between right and left, leaving all sides needing to build cross-party alliances to exert a strong influence. While the Historic Pact gained 16 seats in the Senate and 25 in the Lower House, Colombia’s traditional parties, the Conservatives and the Liberals, achieved better results than expected. The Conservatives matched the Historic Pact’s number of seats in the Senate and Lower House and could build alliances with other ideologically-aligned parties such as the Democratic Centre and Radical Change which, in the event of an Historic Pact-formed government, would present a serious obstacle to passing progressive policies. There has been press speculation as to which side of the political spectrum the Liberals, with 15 Senate seats and 32 in the Lower House, would ally themselves: this remains unclear, but could prove decisive.

The Democratic Centre lost over a quarter of its seats in the Senate, down from 19 to 14, in a reflection of public discontent at the Duque government’s failings. Its collapse in the Lower House was even more pronounced, down from 32 seats to just 16. The party’s poor results have seen its presidential pre-candidate, Óscar Iván Zuluaga, withdraw his bid and back Gutiérrez. Although the Centre Hope coalition gained 14 Senate seats, the presidential election looks set to be a straight contest between Petro and Gutiérrez.

Among the re-elected senators are a number who have worked closely with Justice for Colombia and met with JFC delegations to Colombia. They include Aida Avella, Piedad Córdoba, Alexander López Maya, Iván Cepeda, Roy Barreras and María José Pizarro, each of whom have strongly condemned the Duque government’s hard-right economic agenda and disregard for the peace process and human rights. They have been targeted by threats on multiple occasions.

These congressional elections are notable for the introduction into the Lower House of the Special Districts for Peace, 16 seats created in the peace agreement for representatives of regions historically-blighted by conflict and inequality. While there were some notable victories for local community leaders, there has been widespread condemnation from that the process was hijacked by traditional parties and candidates not representing the victims of the Colombian conflict. Meanwhile, the Comunes party (formerly the FARC) will enter its second guaranteed term in the congress, following the creation of ten seats in the 2016 peace agreement. From 2026, Comunes will be subject to standard electoral procedure and will need to secure enough votes to remain in congress.

Petro came second in the 2018 presidential election, obtaining around eight million votes in comparison with Duque’s ten million. Despite the loss, it marked an unprecedented achievement for the Colombian left, the first time a progressive candidate had reached the second round of a presidential election. Attention now turns towards 29 May, when Colombians will vote for their next president. If no candidate obtains over 50 per cent of the total ballot, a second round between the top two candidates will be held on 19 June. While they will not underestimate the challenge, Petro and his supporters will be cautiously optimistic about their prospects of taking the presidency in what would be a momentous shift in Colombian political history.