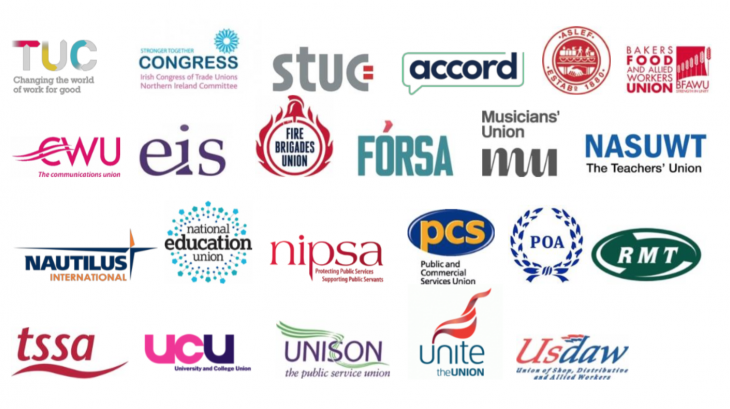 British and Irish trade unions have written to the foreign ministries of both countries to condemn the intense state violence taking place in Colombia since the latest round of National Strike protests began on 28 April.

With some human rights organisations reporting up to 37 people killed so far, and hundreds more injured and detained, the unions have called for the British and Irish governments to formally denounce the violence and demand accountability for the perpetrators.

‘We cannot stay silent in the face of these brutal attacks against protesters. We support the right of every Colombian to protest and to raise their voice to call for a brighter future,’ says the letter signed by Britain’s Trades Union Congress (TUC), the Irish Congress of Trade Unions (ICTU) and the Scottish Trades Union Congress (STUC), as well as 20 individual unions.