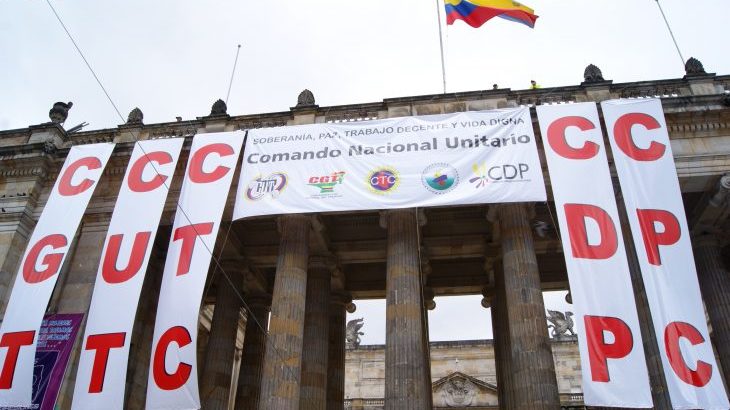 Colombia’s main airline, Avianca, has fired 14 pilots who participated in the extended strike between 20 September and 9 November last year. Among them was Jaime Hernandez, head of the ACDAC national pilots’ union. The disciplinary action follows a Supreme Court ruling earlier this month that the strike was conducted illegally.

An ACDAC statement said that Avianca had ‘programmed 240 disciplinary processes between 26 February and 6 March, 26 daily, 13 simultaneously at 8am and 13 simultaneously at 2pm’ in a bid to overwhelm the courts’ ability to adequately review sanctions and to intimidate union members. It also said that the firings were an illegal breach of the pilots’ rights.

The main trade union federation, the Workers’ Central Unitary (CUT), to which ACDAC is affiliated, said ‘the CUT rejects Avianca’s unilateralism … and calls on the Ministry of Work to effect actions directed at avoiding this labour massacre of the Avianca pilots’.

Further disciplinary proceedings are scheduled with up to 200 union members facing possible dismissal, said the CUT.