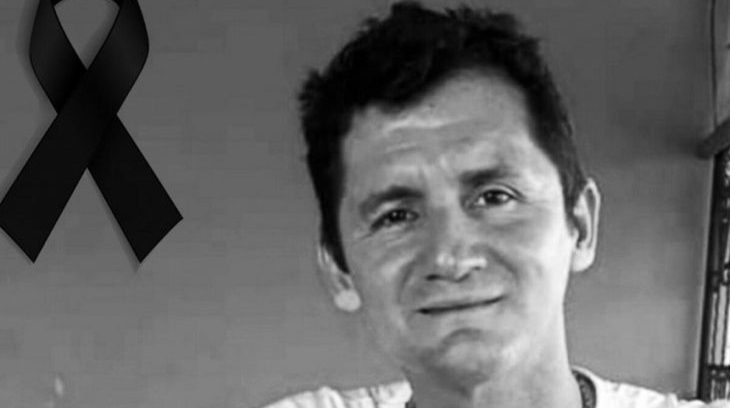 A member of the Association of Meta Educators (ADEM) trade union, Carlos worked at the education centre El Progeso and was well-known for promoting and supporting regional culture. He was shot dead by assailants on a motorbike while on his way to the school. A number of students reportedly witnessed the attack.

In response to the latest killing of a teacher trade unionist, the main teachers federation, FECODE, said ‘these killings are taking place amid a systematic campaign of signalling and persecution against trade unionists and social leaders, and teachers affiliated to FECODE, via different media and social media channels which is accentuating the campaign of intimidation, lies, harassment [and] disqualification that aims to sow terror and silence the indignation and discontent of teachers and the education community.’ A number of right-wing senators in President Iván Duque’s party, the Democratic Centre, have sought to stigmatise teachers over their trade union activity.

Carlos’ murder came days after FECODE issued a warning over ongoing threats against its members. Close to 35 teachers have been killed since the start of 2018 and many others have been threatened or forced from their homes and workplaces. British and Irish education unions have repeatedly condemned the aggression towards teachers and called for improved security and an end to stigmatisation.

Two months ago, the International Trade Union Confederation published its latest annual report on anti-union violence and abuses of labour rights, which yet again found Colombia to be the most dangerous country in the world for labour organising. 22 trade unionists were murdered between March 2020 and April 2021, at least six of whom were teachers. The figure represented a sharp rise on the previous report’s tally of 14 documented killings.

Historically, trade unionists have faced horrific violence in Colombia. The National Trade Union School (ENS), a Colombian labour rights organisation, has documented the murders of 3,280 trade unionists in the country between 1971 and 2018. With killings continuing today, there is little indication that authorities are taking necessary measures to stem attacks.

Attacks on trade unionists are taking place amid broader escalating violence against social activists and human rights defenders in Colombia. According to the INDEPAZ human rights NGO, Carlos is the 107th social activist killed in 2021 and the 1,223rd since the signing of Colombia’s historic peace agreement in November 2016. Despite the dire situation in many regions, the Duque government still has not properly implemented security programmes created in the peace agreement which, according to the United Nations, represent the most effective means of addressing the human rights crisis.