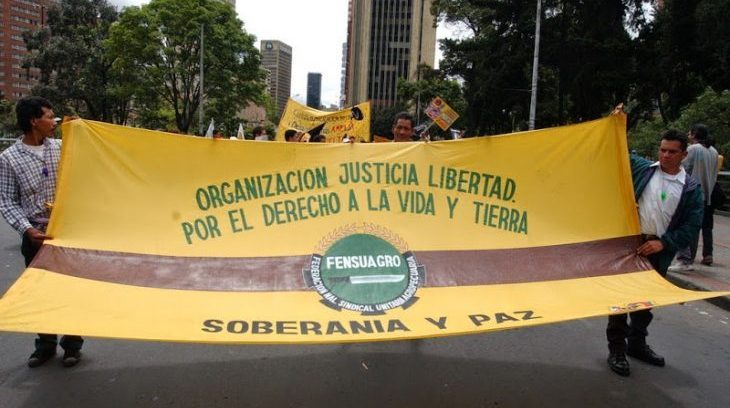 The latest murder of a trade unionist was committed on Monday 31 January, when armed assailants attacked José Euclides Gonzáles Marín in Caloto in the southern region of Cauca. He was shot at least six times by identified assailants at around 4pm in the afternoon. Statistically, Cauca is the most violent part of the country in terms of killings of social activists, as well as former combatants in the peace process.

José belonged to several organisations which Justice for Colombia has closely supported for several years. He was a well-known human rights defender and a member of the Caloto-based ASTRAZONACA rural workers union, which is affiliated to the FENSUAGRO agricultural union. José was also a member of the Patriotic March social organisation, the ANZORC national peasants association and the PUPSOC human rights group. All of these organisations have seen members murdered, attacked and threatened.

FENSUAGRO partners with Unite the Union through the international labour organisation Workers Uniting. Unite has regularly campaigned on violence against FENSUAGRO while members of both unions have met in the Britain, Ireland and Colombia. Unite has also supported a FENSUAGRO project to document human rights abuses against its members.

José is the 14th social activist murdered in 2022, while his death takes the number of social activists killed since the signing of the 2016 peace agreement to exactly 1,300, according to the INDEPAZ human rights NGO. In the most dangerous country in the world for trade unionists, FENSUAGRO is the most violently-targeted union, with close to 40 members killed since the peace agreement.