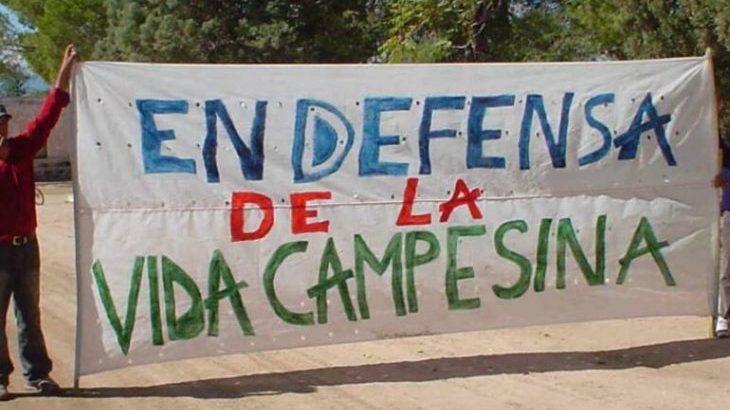 Another FENSUAGRO-affiliated trade unionist has been murdered in Cauca, southwest Colombia, less than two weeks after 18-year-old Jayder Quintana was also killed in the region.

On 13 October, armed men forced Nelson Ramos Barrera from his home in Piamonte before killing him in front of his family members and community members who were trying to prevent the attack. Nelson belonged to the Municipal Peasant Workers Association of Piamonte (ASIMTRACAMPIC) which is affiliated to the FENSUAGRO agricultural trade union.

Community members reportedly saw a military helicopter over the area while the attackers were present. Local organisations said that security forces had been aware of threats to the community from armed groups since at least 5 March this year, yet had done nothing to ensure security.

ASIMTRACAMPIC has also warned that its members have been deemed ‘military targets’ by armed groups operating in the area. The union has coordinated crop substitution programmes under the terms of the 2016 peace agreement, as well as campaigning in defence of protected biodiversity zones.

Since the peace agreement was signed just under four years ago, more than 30 FENSUAGRO members have been murdered. Ten days prior to Nelson’s killing, union member Jayder Quintana was shot dead in Cajibío. The young man had attended a meeting in the zone with delegates of the Justice for Colombia Peace Monitor in May 2019.

In response to Jayder’s death, the international trade union Workers Uniting wrote to Colombia’s ambassador in Britain over the killing and the chronic insecurity impacting Colombia. ‘It is extremely alarming that even though the dire security conditions in Cauca are well-documented, authorities appear unable to curtail the devastating impact of violence on local communities also affected by structural poverty and state abandonment,’ said the letter.