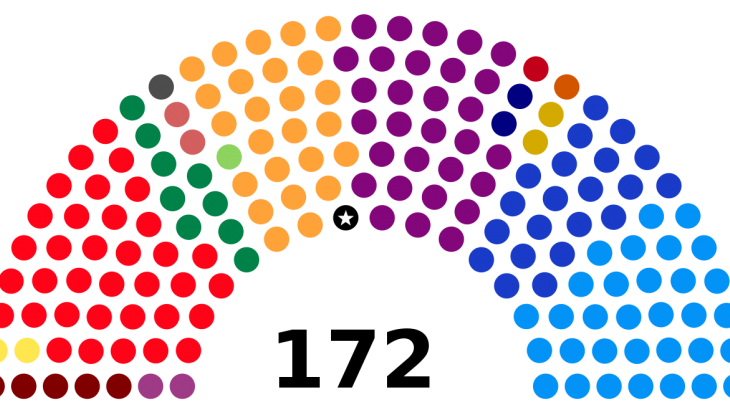 On 11 March, Colombia held legislative elections to decide the makeup of the congress during the next term. The presidential election will be held on 27 May. If no candidate wins a majority, there will be a second round runoff on 17 June.

Although the participation of the FARC in Colombian elections for the first time signifies a major step forward for the peace process, the aggression targeting its public appearances shows that work still needs to be done to ensure it can campaign and organise under the same democratic conditions as experienced by other parties. The FARC won less than one per cent of the congressional vote but, under the terms of the agreement, is guaranteed ten congress seats for the next two terms.

Opponents of the peace agreement performed strongly in the congressional elections. Ivan Duque, of the Democratic Centre party headed by former president Álvaro Uribe, is now favourite for the presidency. His party coordinated the successful No campaign during the peace plebiscite in October 2016. Uribe’s 2002-2010 presidency was characterised by major human rights violations such as the False Positives scandal, while recently a Medellin court recommended he be investigated for involvement with paramilitary massacres committed in the 1990s. A presidential victory for his party would gravely threaten the peace process.

The Democratic Centre will be the most represented party in Colombia’s senate during the next term, where it will be joined by other right-wing or centre-right parties, the Radical Change and the Conservative Party, as the three largest parties in the chamber. This will make it difficult for reformist or progressive movements to get new legislation passed, with the senate majority likely to resist any attempt to, for example, reduce inequality, strengthen environmental law or improve minority or women’s rights.

The biggest party in the House of Representatives is the Liberal Party, followed by the Democratic Centre and the Radical Change. The Liberal Party’s presidential candidate, Humberto De La Calle, was the lead government negotiator during the Havana peace negotiations with the FARC, making the party supportive of the agreement.

Even if Colombians elect a progressive and pro-peace candidate such as Gustavo Petro, a former M19 guerrilla and former mayor of Bogota who is polling well, he will face a right-dominated congress. Petro has been attracting huge crowds to his rallies with an anti-establishment message of increased social investment, environmental protection and political empowerment for marginalised groups. Petro may yet form a coalition with other peace-supporting candidates such as Sergio Fajardo and Humberto De La Calle although whether any of them would be willing to commit to this remains to be seen.

Currently, it appears that the presidential election will reflect a country that is deeply polarised. According to a poll conducted by the El Tiempo newspaper in March, Duque is polling at 23.6 per cent while Petro is at 23.1 per cent. While that shows this to be a close contest between the two frontrunners, it’s worth remembering that polls predicted public support at over 60 per cent for the peace agreement before it was rejected in the October 2016 plebiscite.

This is still an early stage, however, and many more twists are likely to occur before the identity of Colombia’s next president is known. Regardless of who is elected, we hope all political parties will respect the terms of the peace process and ensure its full implementation as agreed.